My wife has ridden in the Hill Country Ride for AIDS the last two years, and has started training for the ride again this year. Today, some friends were planning to ride some hills near Dripping Springs, about 15 miles west of here. Since it’s our favorite area ride, we said we’d come along.

But the day dawned sunny and cold. Cold in Central Texas in February is in the mid-30sF. Our friend Scott, who was organizing the ride, called to suggest we hold off until 10 a.m., when the temperature was supposed to get a bit higher. We were all for that.

I dressed and started loading up the bikes around 9, but we were still on the fence about a ride. Then our friend Susie called. She said she would be on the ride this morning, and wanted to know if we would be, too. We haven’t seen Susie for months, and since this was a good way to catch up, we said yes! and bustled around the house and garage, getting everything ready.

The bikes were on the car. The shoes and helmets were in the back. Our water bottles were filled. I even remembered to bring the floor pump. We hopped in and drove off.

About five miles from home, Pat said she would call Scott, and let him know when we would arrive at the starting point. She looked around, then started rummaging around the car. “I can’t find my phone!” she said, with some urgency. 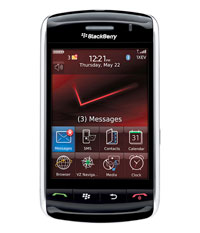 “I had it in my hand in the kitchen,” she said. “I think I must have put it down on the counter when I went to get my protein shake [her usual pre-ride meal].”

Since we always ride with cell phones, I pulled over to the side of the road for a more thorough inspection. We looked between the seats, under the seats, in the back, on the roof. But if it had been left on the roof, it could be in the road anywhere between here and back home. I called her number with my cell. Couldn’t hear any ring. We hopped back in the car and I did a U-turn.

Back at home, it wasn’t in the kitchen. Pat was now sure she’d left it on the roof of the car, and was walking back up the street, searching in vain. I did another check of the interior of the car, continually calling her number with my cell.

Finally, I heard the notes of “Fur Elise” coming faintly from somewhere inside the car. It took two more calls, but I finally found it wedged between her seat and the transmission hump. A very relieved Mrs. Noob got back in the car, and we headed for Dripping Springs again.

She tried calling Scott, to tell him we’d be late. But she’s still having trouble with the fancy new 3G phone. She couldn’t read the icons on its screen. Then, she had problems reading the list of contact numbers she’d stored.

“I left my reading glasses in the house,” she said.

“We’re not going back again,” I replied.

Eventually, she left messages for both Scott and Susie, telling of our predicament. But it turned out Susie was running late, too. When we got to the parking lot, there she was, just getting her bike off the car rack. “Scott left ten minutes ago,” she said.

The three of us set off. The temperature had climbed to the upper 40s, and there was no wind. We had a very nice ride, but when it was over, we made a resolution.

We’re going to come up with a checklist to make sure we don’t leave anything behind.

Is this something you’ve ever tried? If so, what items are on it? And where do you keep the checklist so you don’t forget it?

Some things, I just can’t stop experimenting with. Like ways to make my feet feel fine after a long bike ride. Yes, this is sort of another post about my ongoing numb toe problem — but I think I’ve come to grips with that.

This time, I want to tell you about something I’ve tried with the cleats on my biking shoes. When I first complained about numb toes last summer, I got a suggestion to move the cleats back about one-quarter inch. I did, but didn’t see much difference, and with those older shoes, it didn’t help my numb toe any.

When I got the new bike shoes for Christmas, the bike shop installed the cleats, and put them right over the ball of the foot. That was okay, but the toes pointed just a little bit to the inside, and I could feel strain on my knees when I rode.

My feet naturally splay out a bit when I walk, and something I read somewhere (I gotta do a better job of citing my sources — in my real life I do academic research, after all) said your cleats should place your feet in a way that matches your walking gait. So I fiddled with the cleats a bit, and now my toes point ever so slightly outward. But then I remembered something else I read somewhere else (this would never get through peer review) that said just go ahead and move the cleats all the way back. So I did.

If you look closely, you’ll see the little ruler markings right behind the cleat. The photo was shot from slightly behind the cleat; if you looked straight down at it, you wouldn’t be able to see the marks at all.

I’ve been on several rides since doing this, and I can hardly tell the difference. Some riders seem to think you get more power to accelerate and climb with the cleats this way. Maybe — I can’t vouch for that. I can vouch for there being no negative effects from the cleats back this far.

And there are some who say that even all the way back in the slots isn’t back far enough. Endurance cycling coach Joe Friel takes what I might would call a radical view. In a post on his blog from two years ago, he said you should mount the cleats as far back toward the heel as you can. He’s mounted cleats below the arch of his foot, and thinks you’re likely to get even more power if you mount them back farther still.

That’s not me. I was uneasy doing the cleats back in the slots thing, and even though it seems to have worked out fine for me, I’m not going to drill holes in the soles of my shoes and play around with cleat placement. I’m still unsophisticated when it comes to training — I just ride — and for now, my cleat position suits me just fine.

Never thought this would happen — but the Bike Noob blog is one year old today. I started the blog on a whim. Since I teach in a mass communication program, I figured I’d better have some hands-on experience with new media. The blog is one of several things I’ve tried.

I called the blog Bike Noob because at the time I started it, I had been engaged in “serious” road cycling for less than six months. I realized I was constantly learning new things, and often feeling like a doofus because a lot of those things are common knowledge among experienced bikers. I figured other bikers must be in the same boat, and through the blog, we could share common experiences.

I continue to be pleasantly surprised by the results of this modest venture. I average over 700 page views a week, and recently it’s been higher than that. Hardly major blog status, but at least I feel that I’m not blogging to an empty room. To those of you who have commented on my posts, you’re the folks who have kept this blog going. I love hearing from you, and I get a kick out of having become virtual friends with more than a few of you.

It has been somewhat bemusing to see what kinds of posts draw the most interest. Right now, it’s the debate over using C02 cartridges or a pump, followed closely by a post called “Numb toe home remedy.” The home remedy was where I slashed the side of my shoe to ease pressure on my toe. Didn’t work. Stop reading that post. It won’t help you.

The biggest, and most gratifying surprise this blog has brought me is the number of readers I have from outside the United States. The UK and Australia check in every day with more than a dozen visits each. I can always count on seeing visitors from India and South Africa every morning. Lately, Bike Noob has been getting views from someone in Roubaix, France. Now there’s a biking city!

I’ve also had visitors from countries that are off our biking radar. Places like Bhutan, Myanmar, and Samoa have turned up in my SiteMeter stats. In all, there have been page views from 97 different countries. The most recent was Uganda, just last week. Thank you all for looking.

So, now that I’ve been around for a year, should I still call this blog Bike Noob? By most measures, I’m not a noob anymore. But every so often (see last post) I still manage to noobify myself. And I still think the focus of this blog should be on newer bikers. What do you think? As always, your comments are welcomed and valued.