Last year during the MS 150, my riding partner Bob pulled even with me after we had been separated for a few miles.

“I must have really pissed off some rider,” he said. “The guy passed me, then got right in front of me and farted in my face.”

Bob insisted it was. “He passed me, got in front of me, slowed down a little, then rose out of his saddle. I could hear the pfft.”

“Did you get a snootful?” I asked.

“Nah, we were going too fast.”

Whether deliberate or not, sometimes our systems react when we’re pedaling for awhile. My club’s jerseys even recognize that fact, with this little item down in the corner below the rear pockets:

Well, they might be natural emissions, but they’re embarrassing and offensive, all at the same time. It’s probably worth the rider’s effort to figure out what dietary elements are contributing to the problem. Take note of what you ate the day before the ride. Then repeat that before your next ride, but cut out the likely culprit. Some folks say peanut butter or anything containing peanuts is a major contributor. Others, who pay attention to nutrition as part of a weight loss plan, find that flatulence is a natural result of eating certain green vegetables.

In any case, I think farts while riding are a fact of life (Maybe I’m just rationalizing my own propensity to cut loose every so often). So then the question becomes one of etiquette. How do you handle farting while riding in a group?

I’ve noticed it’s difficult to let one go if you remain seated. So there’s that slight telltale rise off the saddle, then a sudden drop back onto it. A dead giveaway. What you might do instead is stay out of the saddle for a few pedal strokes, to give the impression that you’re just stretching and taking pressure off your bum. With any luck, you’ll find yourself in my friend Bob’s situation, and be going so fast that it’ll dissipate on the breeze.

I suppose you could give fair warning to your riding partners, much like “Car up!” or “Car back!” But what would it be? “Fart up!!!???” Imagine hearing that in the middle of a 20-person group ride.

Maybe there’s a signal for it, like when you wiggle your elbow to indicate that you plan to end your pull? But what would it be? Point at your butt? Or point at the guy next to you and make a face?

Some say it should be illegal, especially in a racing situation. After all, the rider could get an unfair propulsion advantage over the competition. 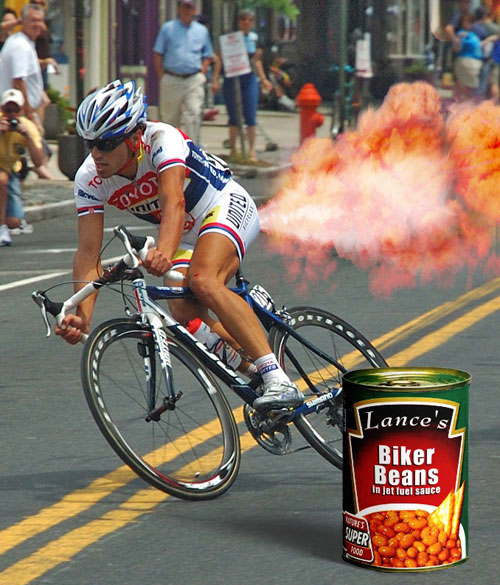 I guess you do want to pay some attention to your diet, though. You want to make sure any toot you let off is a dry one. Don’t put yourself in the position of pro rider Tom Boonen: 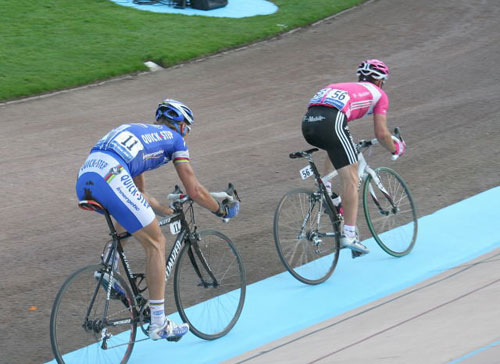 I can’t believe I just spent part of my evening writing this stuff.