Guest poster Don Blount deals with a small, but important, piece of equipment.

A derailleur hanger is a simple piece of equipment that attaches a rear derailleur to a bikes’s dropout. If it is a removable hanger, its job is to absorb impact during an accident or mechanical problem instead of damage being done to the bike’s frame. 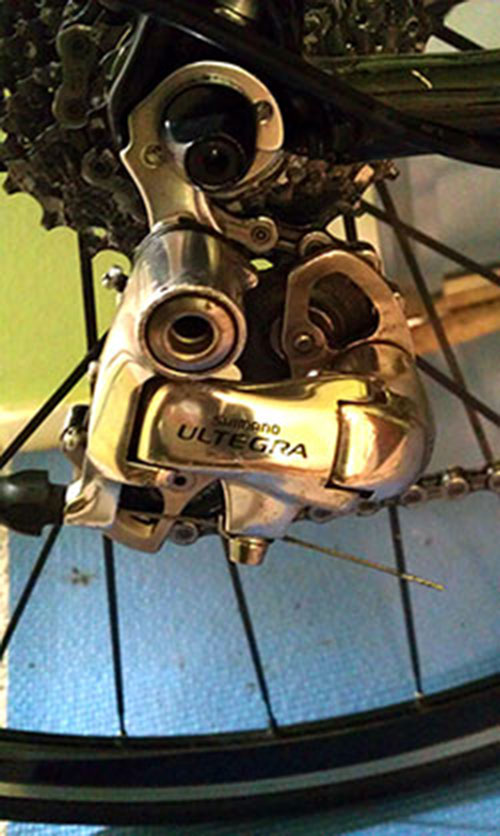 This piece of equipment usually does not receive much attention until there is a problem with it, as happened to Ray about a year ago.

The derailleur on my five-year-old Scattante CFR Comp was the original. It had been bent a few times over the years but I had always managed to straighten it.

But during a gear adjustment the mechanic mentioned that hanger had some cracks and should be replaced before the hanger fell apart completely.

Better the problem was found during an inspection while the bike was on a repair stand in a shop instead of on the road miles from home.

My bike is sold by Performance. I was able to find a new hanger on its website. Even better it was available in a local Performance store and cost less than $10. I bought two.

Replacement is also simple. Anyone somewhat handy can do it..