Decided to skip the regular club ride this morning — they were taking a route that didn’t appeal to me. Instead, I struck out on my own, combining parts of a couple of routes we’ve taken in the past into a longish ride. I wanted to see if I could handle it by myself, and if I had the staying power I needed. 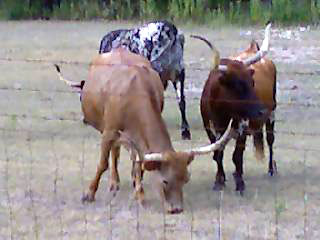 The ride took me south of Austin to Kyle, Texas. After a boring first seven miles on city streets, the rider picks up some country roads. It’s interesting how fast the landscape changes from suburban to rural. You know you’re in the country when you ride by a ranch and find Texas longhorn cattle grazing close to the road. Lots of ranchers keep them because of their heritage — these are the cattle the cowboys drove north to the railheads in Kansas and elsewhere, before the railroads came to Texas. Their meat is tough and stringy — wouldn’t pass muster in today’s supermarket meat sections.

After a turn through Buda, Texas the route picks up two busier roads, but ones with generous shoulders. They lead to Kyle, another small town that is rapidly growing into a bedroom community for Austin and San Marcos. Kyle is a great place to take a break, because of the Lucky Cup, an independent coffee house. 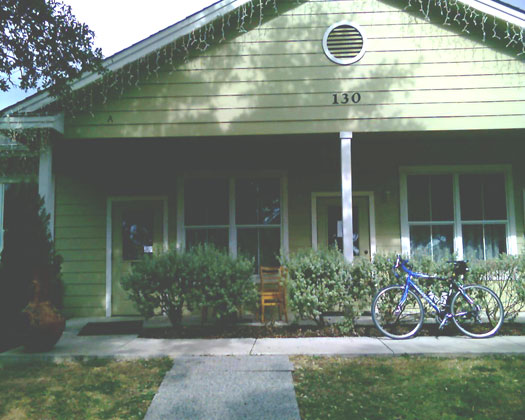 My trusty steed parked at the Lucky Cup. The coffee shop is marked by the door and windows on the left side of the building. Its signage is obscured by the shadows.

I bought a Gatorade and refilled my water bottle here. A patio in the shade (from where the picture was shot) has tables and chairs for relaxing. The owners of the shop appreciate that bikers have discovered the place, and are happy to accommodate their needs.

Instead of turning back to Austin here, as I’ve done before, I continued into downtown Kyle, about two miles away. Let’s just say it’s a small business district, about two blocks long. Prominent among the shops is another spot we might consider stopping on future trips down here: 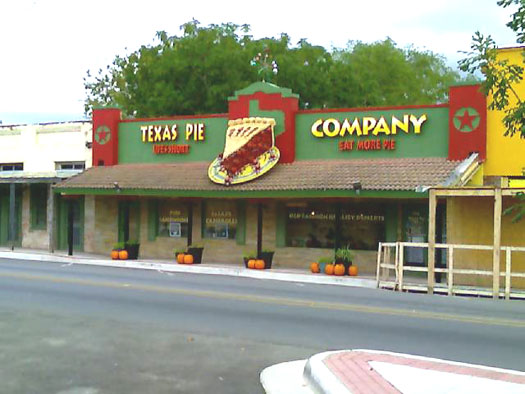 The rest of the ride went through new housing developments, cotton fields that appeared to be recently harvested, poorer neighborhoods of run-down manufactured houses, and back to Austin. Central Texas has had a very dry couple of months, and I was pleased to be spattered by a few raindrops. This is a pretty dry place throughout the year. Newcomers to the area find it surprisingly green, but then are surprised to find that even though it’s not a desert, cacti abound. 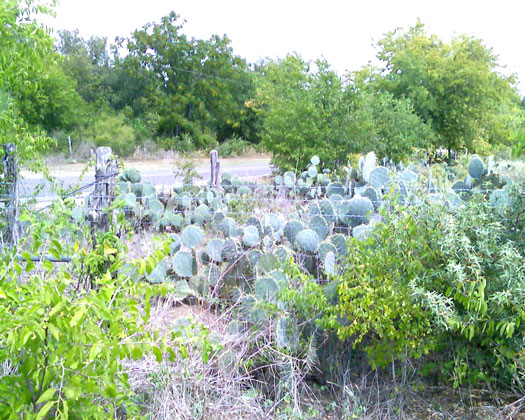 So, how did the ride go? It turned out to be a little shorter than I had expected. I guess I didn’t travel far enough east to add on some miles. The bike shifted more smoothly today than yesterday, but will still go into the shop for a tuneup this week.  I had no bonking problems — not even a hint, so I guess I’ve finally figured out what works for me on trips of this length. I’m pulling better on hills, applying the power longer, not tiring as fast. That toe is still a bother, but pulling up on the pedal helps, and when I stop to take a break every hour or so, I shake it out so it’ll be okay for another hour.

I finished 50.2 miles with an average speed of 15 miles per hour — right where I hoped I’d be. I didn’t have to charge off to bed for a nap, as I usually do after a ride this long.  The century is two weeks away.  I think I’m going to be ready.