On our Sunday club ride, we were joined by our friend Jerry, whose bad crash and broken leg I detailed in a post earlier this year.

Although Jerry has done some riding on the tandem he shares with his wife, this was his first ride on the roads with the club since his crash. Jerry has always been one of the more cautious riders I know, which is funny, because he’s also one of the faster riders in the club. But to ease back in, he decided to ride with the B’s today. He had decked himself out in a new kit, all in hi-visibility green — including his new helmet. He would be hard to miss.

Our ride was more like an A- group. A lot of folks decided the planned A ride wasn’t to their liking. Jordan came up with a good route, so some of us scrapped our plans in order to go with him. We had some strong riders, several who just wanted to take it easy after a grueling ride Saturday.

The ride got off to an inauspicious start. Just miles in, Maggie called out that she was abandoning. She had gotten a new crankset Saturday, and it wasn’t working out well. A clicking sound that started almost immediately got worse and worse. She decided to head home, and run her bike back to the bike shop for an adjustment.

After a quick run out to the zoo area, which features a nice, fast, twisty downhill, we had to turn around and head back up the hill. The group stayed together, which helped to negotiate the traffic, that was heavier than normal this morning.

Kenny was the next one to go. He had done one of the tough rides the day before, so he peeled off to head home after about 12 miles. Six of us were left to head east, and take a leisurely ride through a nice neighborhood on its ring road — a wide, smooth thorofare with almost no traffic.

It was after we left that spot, and were headed back to the start, that we regrouped at a stop light. Laura turned around to make sure we were all there, and noticed Jerry at the back.

“What’s with your helmet, Jerry?” she asked.

We all turned around to look.

Jerry’s lime green new helmet was sitting funny, way back on his head. He wears an orange cycling cap under his helmet, but his forehead was now mostly unprotected.

“Pull it down, Jerry!” exclaimed Laura. “You look like an amateur!”

I’ve never had a problem with wearing my helmet too far back on my head. I’ve caught my wife doing it, and gently had her pull it down. If your forehead isn’t covered, an important part of your head isn’t getting the protection it needs.

Kids seem to have the biggest problem with this. Maybe it’s because their helmets are too big off the shelf anyway. Maybe they think it’s more comfortable to wear the helmet back.

Be sure to do your kids — and your riding companions — a favor if you see this problem. Just tell them to pull it down. 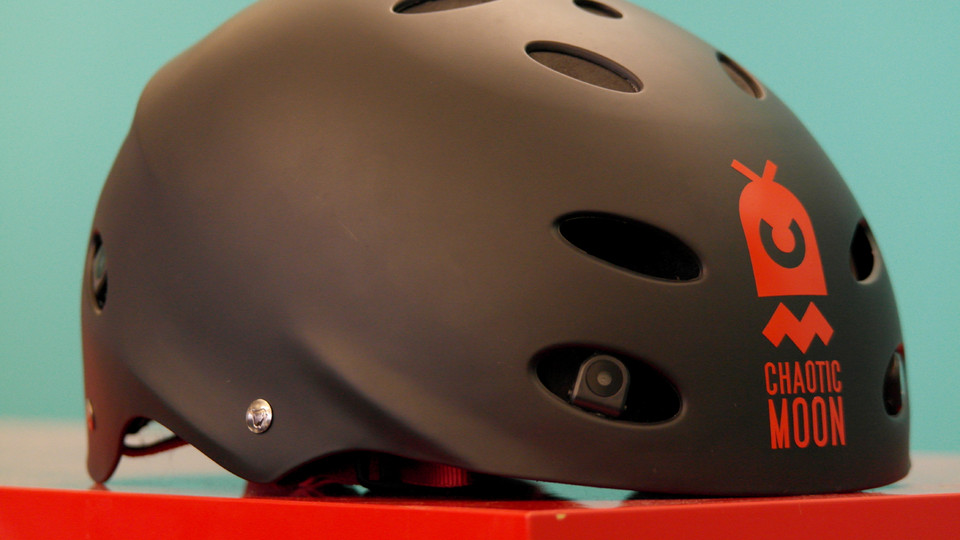 It’s spring. In most parts of the country anyway. And that means organized rides are springing up all over. Lots of noobs turn out for their first organized rides ever, and they make their share of mistakes. Here’s one that I noticed a few years ago.

I was walking across a parking lot toward the ride start, when I passed a couple also headed in that direction. They were obvious first-timers. As I looked at the woman, something struck me as odd. She had the weirdest looking helmet I’ve ever seen.

Except on closer inspection, it wasn’t the helmet at all — that turned out to be a fairly common variety. It was the way she wore it. The black scalloped rear was facing forward.

“Your helmet is on backward,” I said quietly, as I walked past them.

She stopped, pulled off her helmet, and stared at it.

“It is? On backward? How can you tell?” she asked.

“The smooth part goes in the front,” I replied. “It’s more aerodynamic that way.”

She looked at her husband. He looked back and shrugged. She turned the helmet around and put it back on, the right way.

She’s not the first I’ve seen making that mistake. Lots of people figure that since the helmet slopes down in the rear, and had lots of openings that must suck in air, that’s the front.

But as we all know from basic physics, the airfoil shape of an aircraft wing is rounded in front, and tapers toward the rear.

If you see a newbie looking extra dorky on a ride this spring, come to their rescue. Show them the proper way to wear a helmet.