Actually, no. My high mileage year is just happening. I just ride. 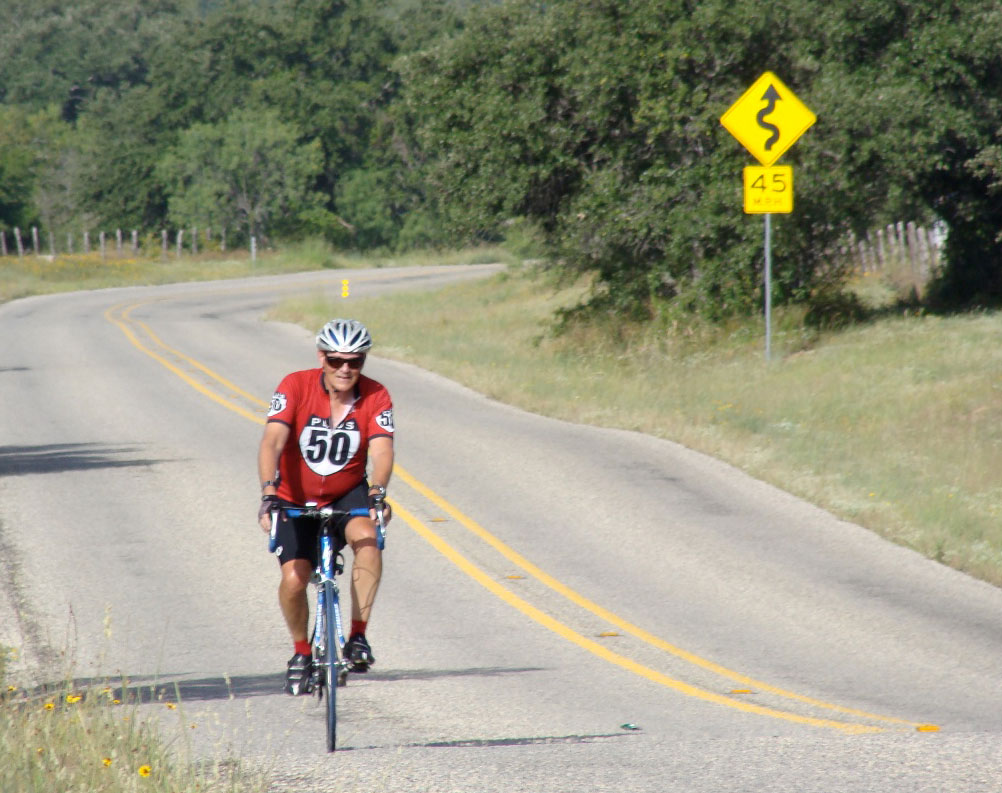 Now, it’s not quite that simple. I was helped by the fact that as an academic, I get the first 2 1/2 weeks of January off. That let me rack up well over 400 miles in a month when lots of folks are cocooned in front of their fireplaces with steaming cups of hot chocolate.

In May, spring semester ends, and I could start riding more often for the next four weeks. I pedaled more than 550 miles that month — my highest monthly total ever.

But I think the main thing that helped me get as many miles as I have is following a more or less regular riding schedule. here’s how mine usually shakes out:

I ride Tuesday evening, for the shortest mileage of the week. Often, I’ll do fast laps around the Veloway. Sometimes, I’ll opt for easy laps instead. In either case, I’ll wind up with only 15-18 miles. I don’t often ride on Wednesdays or Thursdays, because I’m on campus later those days. Friday, I usually ride 20 miles; Saturday, 27-29 miles; and on Sunday, it’s the club ride. That could mean a distance of anywhere from 30-60 miles, most often 35-45. That routine gets me in the neighborhood of 100 miles a week on a regular basis. Heck, I should be riding 5,200 miles a year at that rate.

Of course, that won’t happen. Shorter days and colder weather in the winter months means I cut back on my weekly totals. I’ve ridden a 4,000-mile year only once, in 2010. It looks like I’ll do it again this year.

That pales next to the mileage totals some of my fellow club members post. Several are over 5,000 miles for the year already. Of course, they ride 30-40 miles on weekday evenings, and both of their weekend rides are long — anywhere from 60-100 miles.

Well, I don’t even have any desire to churn out that many miles. If anything, rather than piling up my mileage totals, I should concentrate on getting better. There’s lots of room for improvement. I could be faster; I need to build my endurance; I ought to spend more time riding hills than I do.

What I’ll probably be doing is the same old thing I’ve been doing all along. Just riding.

But I did some figuring the other day, and calculated that if I keep up my 100-mile weeks for the rest of the year, I have a good shot at reaching 5,000. Hmmmmm……