I’m back on the trainer.

Life has prevented me from getting outdoors on the bike, which is sad in and of itself, but also sad because I got fat. I maxed out in August at 199.9 lbs — It didn’t actually reach 200 — and we started changing how we eat.

The pounds started coming off, and late last month, I plateaued in the low 180’s. Dropping 15-18 lbs in 8 weeks was rewarding and encouraging, but I couldn’t continue the progress without getting more active.

Well, I have a Wahoo Kickr in the basement, so what’s my excuse?

I started scheduling myself daily workouts at 5:30 am. (Another life coach suggestion — schedule everything) and I’ve been at it now for about 3-4 weeks of almost daily riding.

I’m really enjoying it, and I’m trying to learn from my past “failure to launch”es by setting myself up for success. I know from the past that the things that keep me from getting on the bike are stupid:

Any one of these things can knock you out of a ride. I’ve addressed each and every one of these, and now I’m set to roll out of bed. Grab coffee and/or an energy drink, and I’m on my way with zero mental and physical friction.

A week ago, I transitioned from just some basic rides using the Wahoo Kickr app, and got into Sufferfest. That app has seriously grown up, and it was apparently purchased by Wahoo. So the integration is great.

Sufferfest was my first love when riding on a dumb trainer. Downward spiral remains some of my best and worst cycle training memories from almost ten years ago.

I’m now down another 10 lbs, progressing steadily toward my goal of sub-170 lbs and solid physical and mental fitness.

I’m starting a not-too-aggressive training program in Sufferfest for the next three months, ending just around Christmas.

Watch here for more logs of my progress. 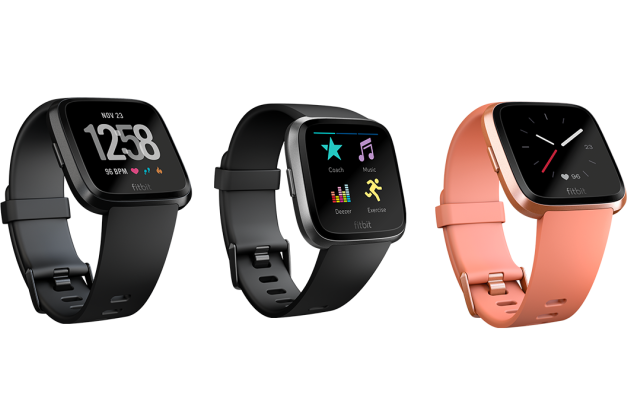 I’m sporting a new FitBit Versa smartwatch. While I didn’t get it for tracking cycling (because I have a dedicated cycling computer), here’s my experience with it as a fitness watch.

First of all, it doesn’t have GPS like the FitBit Ionic. It needs your Android or iOS smartphone to connect with for the entire ride. This could put strain on your smartphone’s battery, but otherwise I suspect most of us take our phones with us. It acts as a decent screen so you don’t need to have your phone out with the display on, which puts even more strain on your phone’s battery.

It does have a cycling mode in the Exercise app and will do a great job tracking your ride, or run, or swim. Hello Triathletes.

The Versa activates automatically when you turn your wrist, which isn’t an ideal action when you’re pedaling, and it tracks a number of stats for you like speed, distance, average speed, and heartrate but due to the small screen you need to swipe through them to see the different stats. You can probably find a screen that has the information that you use most and leave it there.

If you’re a stats junky while you’re riding, you may not be satisfied with the form factor of a watch, but if you’re ok with set it and go and see what happened at the end, it’s great. For in-ride visuals, you’ll get so much more out of a dedicated cycling computer like the Wahoo Elemnt or Garmin Edge.

A nice feature is that it will optionally automatically detect a workout and start it for you. How many times have you forgotten to start your ride on other apps?

The watch will track your route, heartrate, and all the stats and store it to the FitBit app like any other tracking app.

Syncing with other apps

Plain and simple, FitBit doesn’t link very well to other third party apps. Though it does automatically sync with Strava, so that’s a relief for me. Otherwise, it seems FitBit isn’t interested in playing nice with others. I didn’t think about this much before purchasing and it was a bit of a surprise.

Not only does it not sync with many apps, it doesn’t work directly with other smartphone apps that may use the heartrate monitor.

And most frustrating is that it does not support the iPhone Health app as a source, which just seems to be another business decision that FitBit has made as there’s no technical reason why it isn’t possible.

However, there are many iPhone apps in the app store that will sync your fitbit data with the iOS Health app, though even those have limitations as FitBit doesn’t make intraday data available. There are free and paid options, and currently myFitnessSync seems to be the most liked. Though it’s pricey at $4.99.

The good news here is that the FitBit iOS app is very robust and has all the tracking that you could really want. I primarily got it for the sleep tracking, which I’ll write about separately. The community features are great too, which can have you competing with your friends on steps.

The FitBit Versa has very good battery life. I’ve used it for a few days without a recharge, and it feels like it’ll go the advertised 4-5 days. This was one thing that kept me from pulling the trigger on an apple watch, as I felt like I’d have it charging when I wanted to be wearing it (like to track sleep AND workouts).

This is a pretty big deal. There’s nothing that kills my motivation for a long ride or run like one of my battery powered devices being low on juice.

I’ve struggled for a long time with the decision to get a smart watch, and while the apple watch is finally there with features that make me want one, the price is a bit much. The FitBit Versa goes for $199 most places, like here at Amazon (that’s an affiliate link) and you may be able to find it on sale if you’re patient. Unlike me. 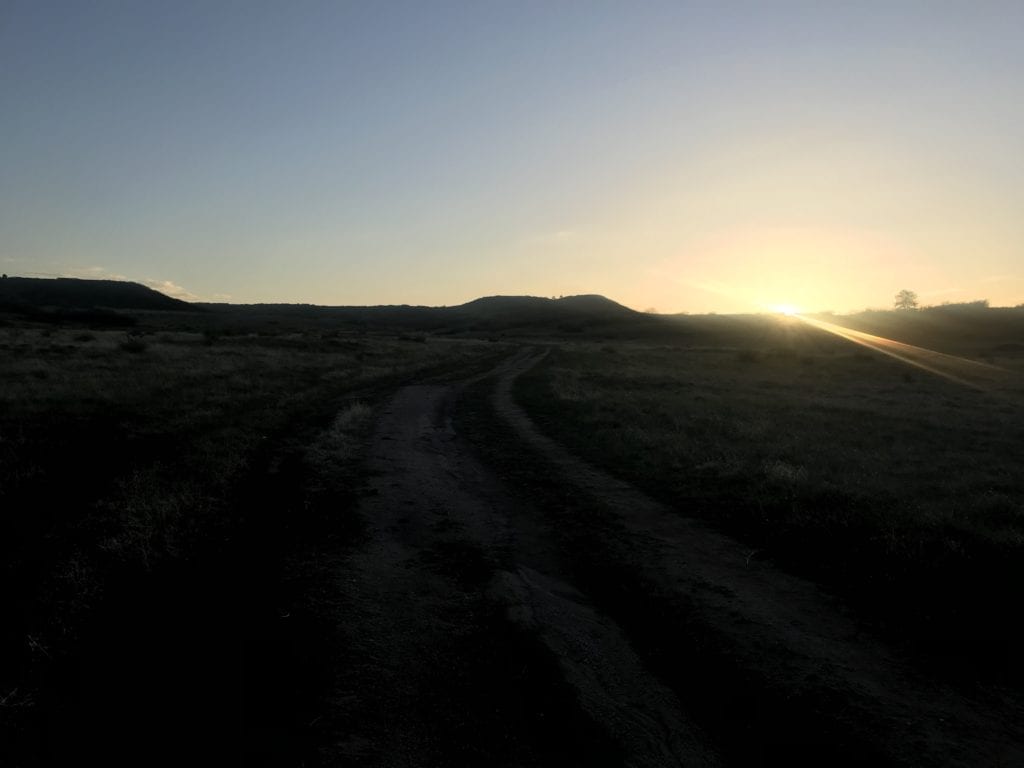 As winter turns to spring and we’re able to get back outside again, I’m a bit late to the getting back in shape thing.

I’ve got two things that I’m training for: The Subaru eRock 100 ride here in Castle Rock, CO, and The Leadville 100 where I am helping out my brother in law by pacing him for 10 or more miles of his 100 mile Ultra Maraton.

The 100 mile bike ride is just a month away, and I do not have enough miles under my belt this spring. I’m having serious doubts about whether I can pull this one off. Though I’m trying very hard to get my legs and cardio in shape to make it feasible. If I’m ready for that, then I am not very concerned about running 10 miles in August.

The thing is, life is getting in the way of training and I cannot get out for 2 hour bike rides (plus the prep and cleanup). So I’ve been running. I can get a solid run in under an hour, including shower. So I’ve been doing that.

I’m about a week into serious training with running now, and I’m feeling my legs and lungs coming back. It’s quite hilly around here, so there’s some extra challenge.

And Sunday night, I ran up the mesa in the image on this post.

Views from the top: 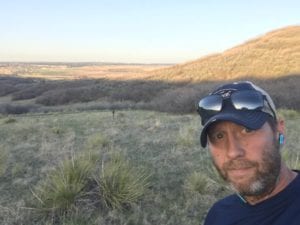 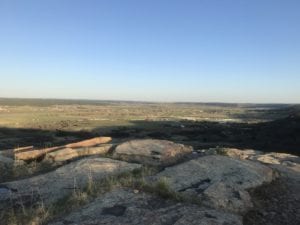