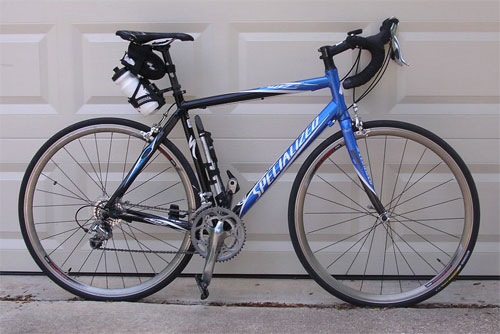 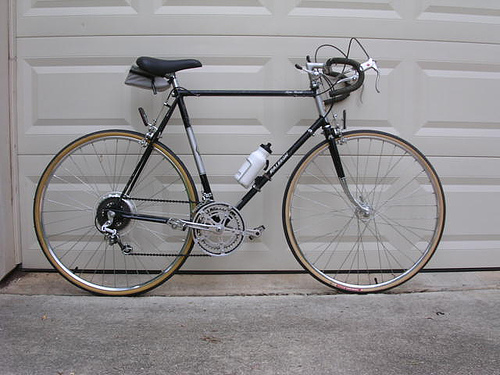 I started my biking on this 1981 Raleigh Super Record. Ten speed, stem mounted friction shifters, all steel. Probably a little large for me, but I completed my first metric century with it in November, 2007. Prior to resuming biking seriously, we lived in southeastern Minnesota, where we took this bike and my wife’s to the fine rails-to-trails paths in the area. Looking back, I realize that the round trips on those trails were anywhere from 28 to 40 miles. But for us, they were pleasant Sunday afternoons. I still have this thing, and might fix it up someday. 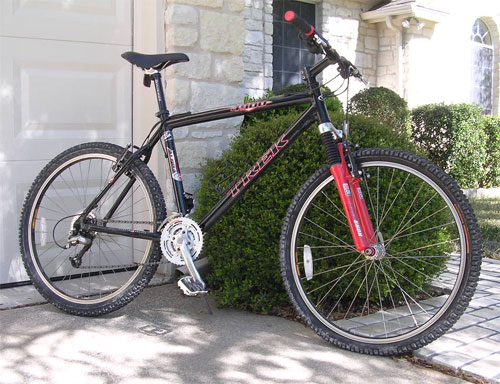 And then there’s a Trek 4900 mountain bike.  My wife gave it to me for my birthday about five or six years ago.  Frankly, it hasn’t seen much use.  That’s too bad, because it’s a nice bike.  I will probably swap out the knobby tires for some slicks, and use it as my around town errand bike.