Broke into a sneezing and runny nose fit yesterday afternoon. At first, I thought it was a bad attack of allergies, but no…when I woke up this morning, I realized it’s a cold. I hope it won’t affect my riding any. As I’ve already mentioned, I’ll be away for the next couple of days, and will be back Sunday. With any luck, my cold will have run its course.

Sunday morning, several of my friends will be riding in the Livestrong Challenge.  The course west of Austin is hilly, and the 90-miler promises to be tougher than the century I did last weekend.  Here’s hoping they have good weather a good rides.

Mrs. Noob’s birthday is coming up in less than two weeks.  It’s gotta include something bike related, like maybe a new bike?  She’s been spending less time on her bike lately, because of a new-found interest in horseback riding (and I’m not going to buy a horse).  Would one of these get her back on the skinny saddle? 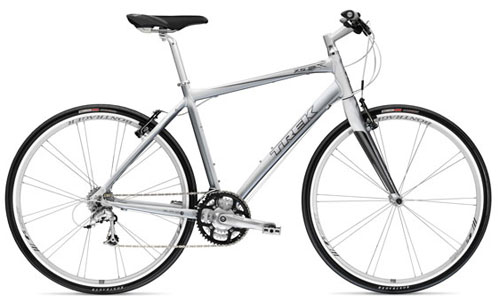 Regarding my other saddle problem, that’s all cleared up with two days of rest.  I probably won’t ride Sunday in order to let the cold completely go away, but after that, I’ll be looking to get in the swing of things again.  In the meantime, knock off a few miles for me.