The first day of fall brings back memories of the day I first fell. At least the day I fell badly enough to suffer a significant injury. It was Sept. 22, 2009 and I was halfway through a 46-mile ride. The turnaround point was at an area nature preserve and I had gone to the visitors center to look for a trashcan to throw away a banana peel.

A long driveway and sidewalk leads to and from the visitors’ center, and as I was on my way out, a car was on its way in. The driveway is just wide enough for two oncoming cars to pass each other if they go slowly. As the car approached, I moved to get over and onto the sidewalk to be completely out the driver’s way.

I vaguely remember the feeling of falling. I clearly remember the pain of being slammed to the ground. And then the next thing I remembered was someone, the driver of the car, asking me if I was alright.

It took me a bit to collect myself, check my bike and then ride the remaining 23 miles home – with a fractured left wrist.

The gap shown in the photos is what caught my front tire. The sidewalk is about an inch higher than the road surface and that gap is just wide enough to trap a tire.

I watch out for these little road inconsistencies more closely now and work hard at keeping the rubber side down.

It seems everyone has a story about a nasty dog. Lately, I’ve been having more encounters on my bike with the smaller critters of the animal kingdom. 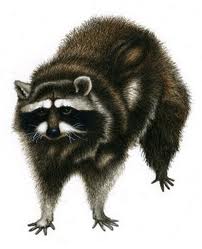 The squirrels I’m getting used to. I frequently ride a paved rail trail through my county, and the little buggers seem to enjoy hanging out at the side of the trail and then making a break for it once you’re right on top of them. Sure, go ahead and laugh, but I swear they’re playing chicken. Most have just been close calls, but this past Spring one darted between my friend’s tires…and right under my front wheel. There, he somehow got picked up by my wheel and flung into my left shin, before shaking himself off and running away. Since then, numerous friends of his seem to be taunting me on nearly every ride.

Hey, just because I’m paranoid doesn’t mean they’re not out to get me…

Today’s encounter, however, takes the cake. This morning I was out at a local state park, churning down a flat road empty of traffic. On the opposite side of the pavement I spotted two raccoons, busily dealing with something at the edge of the blacktop. I saw them at the last second, but quickly rationalized I was fine. I was almost past them, moving at about 20 mph, and they were on the other side of the road, distracted. I’d be gone before they had a chance to flinch. But that’s when one of the pair suddenly decided to channel Usain Bolt and sprint at world-record pace across the entire width of the road…and right into my path.

Now, don’t get me wrong. I’m an animal lover. But I’ve heard many a story of people flipping their cars, or yes, crashing their bikes, trying to avoid an animal at the last possible second. And long ago I decided that in these unfortunate, but unavoidable situations, I’m looking out for my best interests. That’s why I didn’t try any crazy last-second swerve that would have left me skidding across the road, or didn’t slam the brakes and eat it over the handlebars. Instead, I just kept my bars pointed straight, held on for dear life…and ran right over him.

Let me tell you, hitting a large raccoon at 20 mph…with your front tire…is a thrill I don’t care to repeat. It left me briefly careening out of control, swearing up a storm…but miraculously able to keep upright and ride away. Sure, I feel bad. No one, at least no one normal, wants to harm an animal. But I would have felt worse had I gotten seriously injured trying to avoid him. I turned back to see the raccoon make his way off the road and into the tree line, but he was obviously hurt. I stopped at the park office to report what happened in the hopes a ranger might find him. But as I walked out, those bad feelings were tempered by the comments from the woman behind the desk: “I’m glad you weren’t seriously hurt.”

Believe me, so was I. 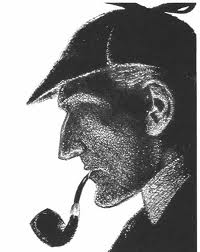