I’ve been having a little trouble clicking in and out of my pedals as of late. I thought the likely culprit was my cleats. Upon inspection, they were certainly quite worn, but what surprised me most was the condition of my pedals, a pair of Shimano road-style 540s. On both, the body cover plate — a replaceable piece of plastic (metal on higher-end models) that spans the width of the pedal — was completely worn away at the tips. Compounding matters was that where the tips were gone, my cleats had actually worn rather significantly into the aluminum, leaving a pronounced dip, especially on the outside of each pedal. The end result is that my foot was likely sitting quite canted in the pedals…and my pedals were permanently damaged. 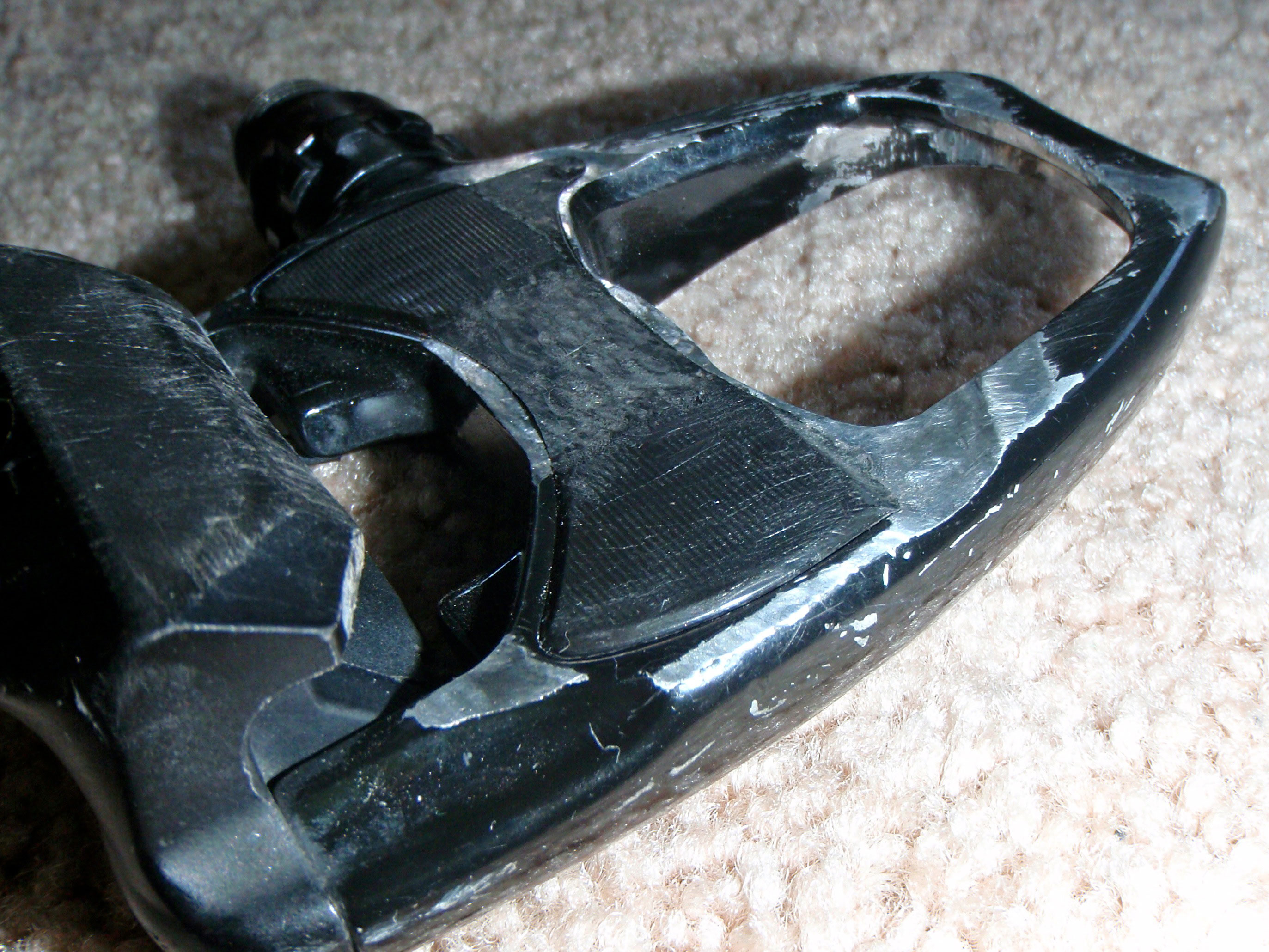 In hindsight, I spotted a clue in a recent photo. I had done one of the MS150 rides, and the event photographer had captured me at various times throughout the course. In several of the photos, I noticed a strange, inward angle to my foot. Now I know why.

I’ve seen plenty of coverage on when to replace your cleats, but very little on when to replace a pedal. If you ride Shimanos, look closely on the instructions. You’ll note that the cover in question is actually considered a “consumable” part, and that the cover should be replaced before “any part of the body cover becomes flush with the pedal.” Yikes — I was way past that stage. If I had kept a closer eye on things, I probably could have simply replaced a cheap (about $6) piece of plastic. Replacing them as they showed wear would have saved the more expensive pedal body from permanent damage.

A little more food for thought: In many ways, you do get what you pay for. When I first made the switch from a mountain bike and hybrid to a road bike, I reasoned that the cheaper products were good enough for me. Hence the 540s, which are Shimano’s entry-level road pedal. With time, however, I’ve come to appreciate the extra quality that can be found in some of the pricier equipment. The Shimano 105 pedals I’ve stepped up to certainly aren’t top of the line by any means. I found them new on eBay for only $55. The 105s, however, are far closer to the higher-end Ultegra pedals. The shape itself flares at the axle, giving the rider a wider, more solid platform underfoot. The 105s also feature a metal cover plate, secured with two small screws. It’s still considered consumable, but certainly it won’t wear at the rate of the 540’s plastic. 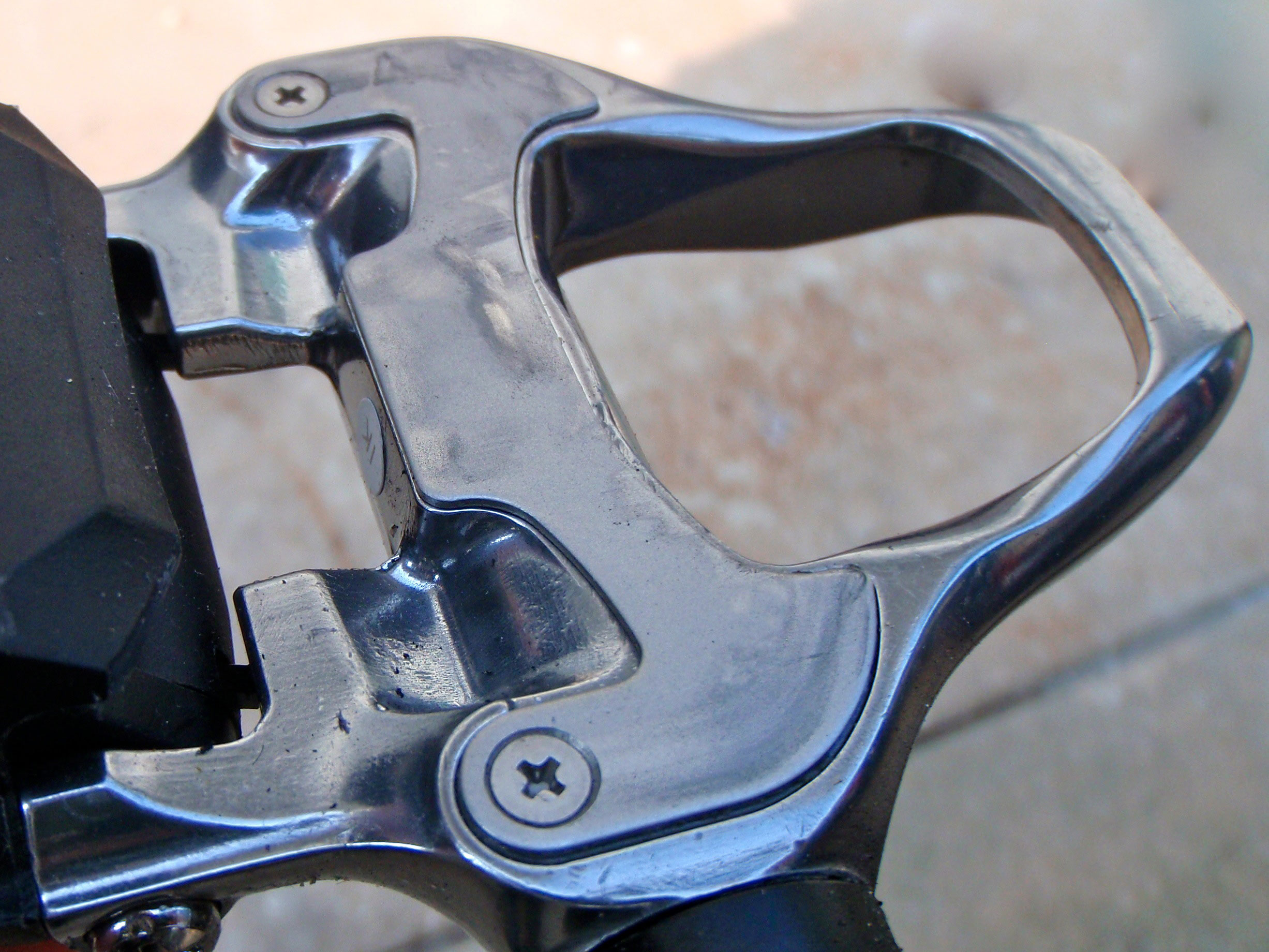 I doubt very many people have actually replaced the part in question. On this morning’s ride, I asked a friend if I could see his pedals, which are the same as my previous model. Unclipping one foot, he seemed surprised as he looked down to see the plastic cover almost completely gone…and a pronounced chunk worn out of the pedal’s aluminum body.