At the end of our New Year’s Day ride, Pat pulled into the grass/dirt/mud parking lot ahead of me. I walked the skinny-tired bike. When I caught up to her, she had a perplexed look on her face.

“Look at this,” she said, pointing at her saddle.

She put her hand on it, and it dipped quite a bit. It was very easy to rock the saddle without much effort.

“What the heck…?” I sputtered.

I grabbed the saddle too, and rocked it up and down. Then I stooped to look underneath. 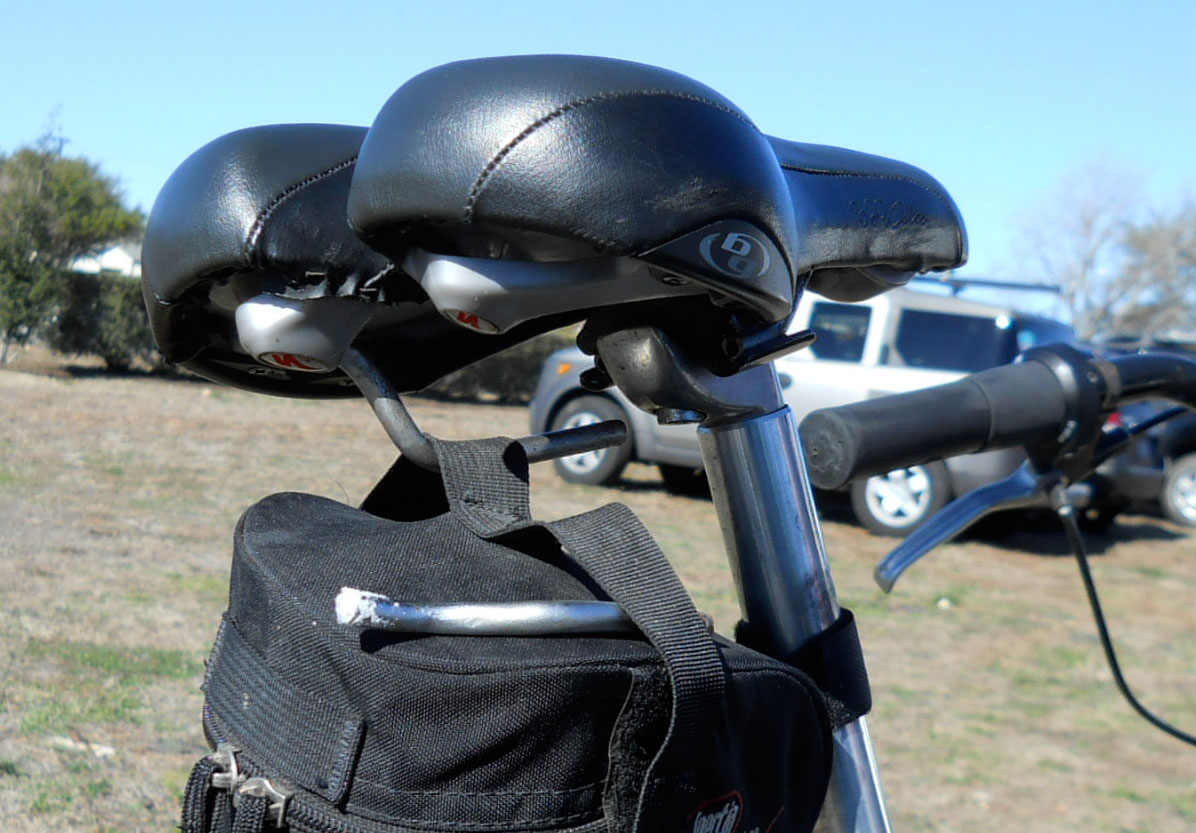 It’s amazing she was able to complete the ride at all. Both saddle rails had broken. The saddle was held in place by part of a broken rail, which looked about ready to slide away on its own. The seat bag stayed in place only because of the velcro wrap around the seat post.

I touched one of the rails, and a chunk of it broke away in my hand. To my untrained eye, it appeared to be a case of metal fatigue. Sure, it was a chilly day, but by this time, it was around 50 degrees (10C), so it’s not like the rails were dealing with temperature extremes.

“Well, at least it broke at the right place,” Pat said. The ride was sponsored by a local bike shop. We walked over to the store to check out saddles. Even though the store had been open for a while before the ride, so riders could stock up on necessities, it was closed now for New Year’s Day.

We got the bike home, and I removed the saddle to take a closer look. 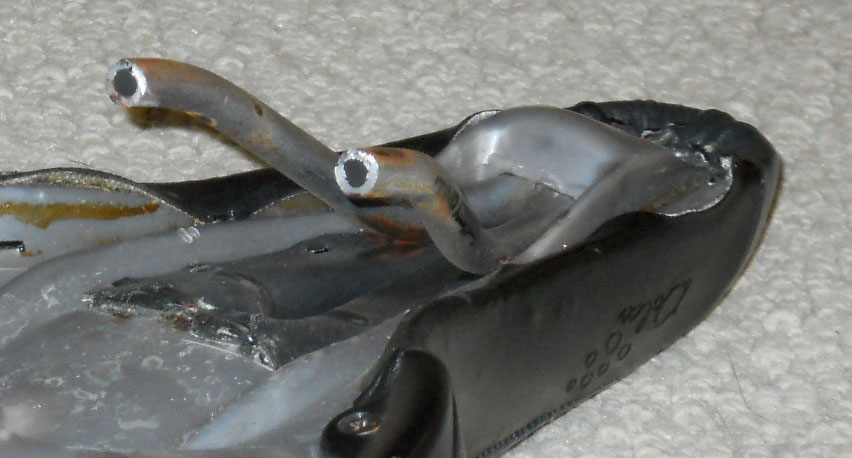 I’ve never seen anything like it. Maybe you have. The saddle is not original equipment on her 1992 bike. When she started training for a charity ride in 2007, some experienced bikers suggested she’d be more comfortable with a new saddle. The one recommended by the LBS was a Specialized Dolce Gel woman’s saddle. Pat always thought it was okay, but just okay.

We’ll probably be back at the store soon. Today I dug out the original saddle that came with the bike (I tend to be a bit of a pack rat) and put it on. It’s going to feel different from what she’s been used to, but maybe I can get away without having to shell out money for a new perch.