It happens every time more than one cyclist is riding on the roads. Sooner or later, one will raise the call, “Car back!” It’s an important warning, because whenever we cyclists tangle with two tons of metal, we’re going to lose — so it’s a good idea to minimize any possibility of car-bike contact.

However, I’ve been concerned lately by some behavior I’m seeing on the roads.

If cars aren’t around, cyclists tend to ride side-by-side and have rolling conversations. This social aspect of cycling is one of the things that attracts people to the pastime. We’re not just out riding — we’re spending some quality time with our friends. 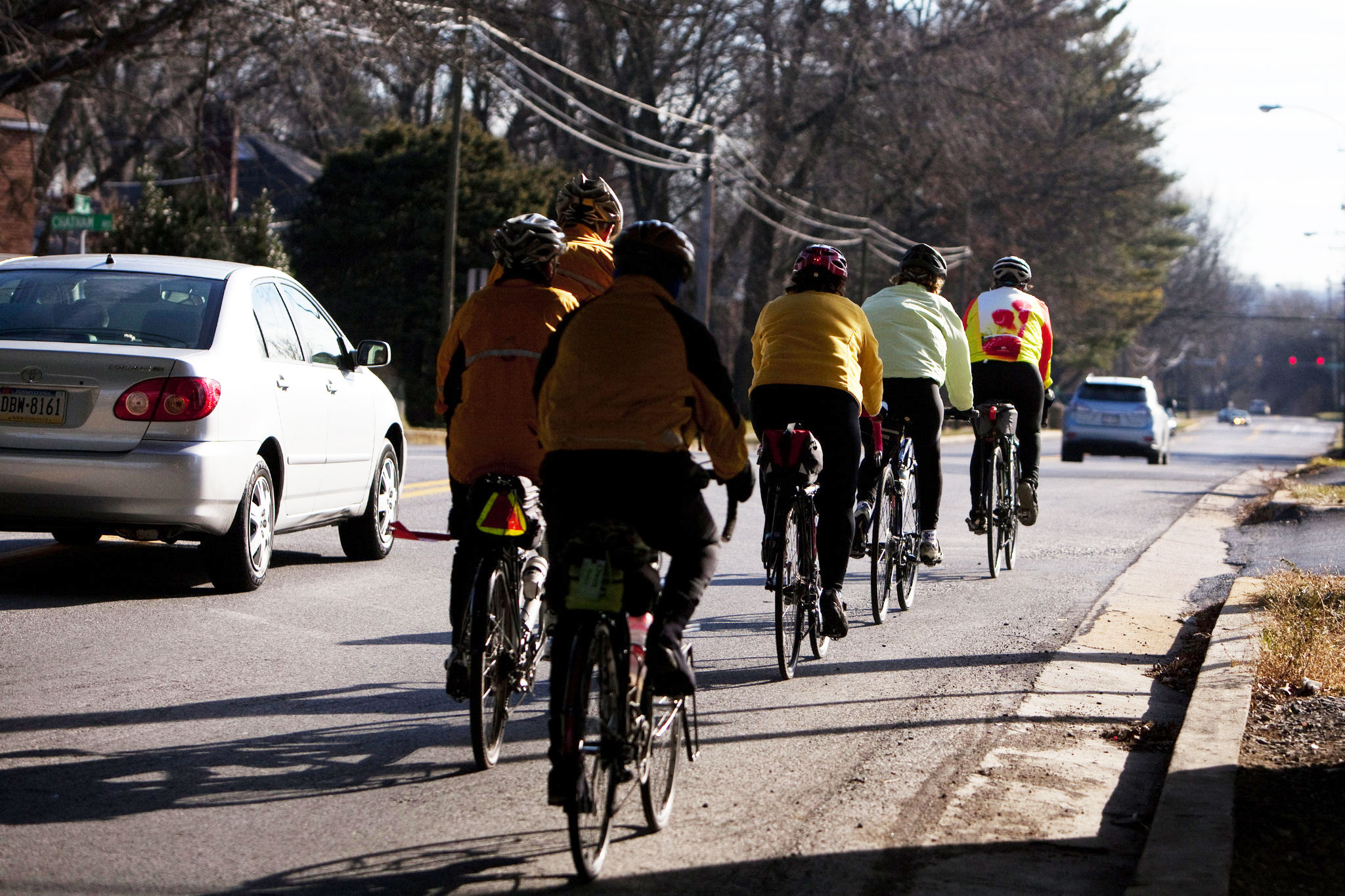 However, in that same paragraph, the law states: Persons riding two abreast may not impede the normal and reasonable flow of traffic on the roadway. Here’s why we (or at least I) yell, “Car back!”

Now, what’s supposed to happen when that call is raised? I like to see cyclists out in the middle of the lane ease into single file. A person operating a bicycle on a roadway who is moving slower than the other traffic on the roadway shall ride as near as practicable to the right curb or edge of the roadway (551.103a). Riding in single file accomplishes two things: It lets the overtaking vehicle pass, which will free up the lane more quickly so cyclists can resume their chats; and it creates goodwill between cyclists and cars.

Here’s what I see sometimes: The rider on the inside of the lane (closest to the center line) moves closer to the line of cyclists along the edge of the roadway, without getting into the single file. The overtaking car swings wide to pass. In the most egregious cases, the rider doesn’t even attempt to make way for the car.

We can’t be doing that, folks. Things are tough enough out there between drivers and bikers without adding to the animosity. And yes, drivers can be prats sometimes (often?). That doesn’t justify antagonistic behavior.

So the next time one of your co-riders cuts loose with a bellowing, “Car back!,” do what you’re supposed to do. Stop the chatter, ease into single file, wait for the car to pass, then resume the conversation. You’ll finish your ride with a lower stress level.