Guest poster Don Blount has been dealing with a frustrating situation.

It is never comforting to show a mechanic or an experienced cyclist a broken bike part and hear them respond: “Oh wow, I have never seen that one before.”

I received that response several times when I told people of my bike’s broken front derailleur. (Click photos to enlarge.) 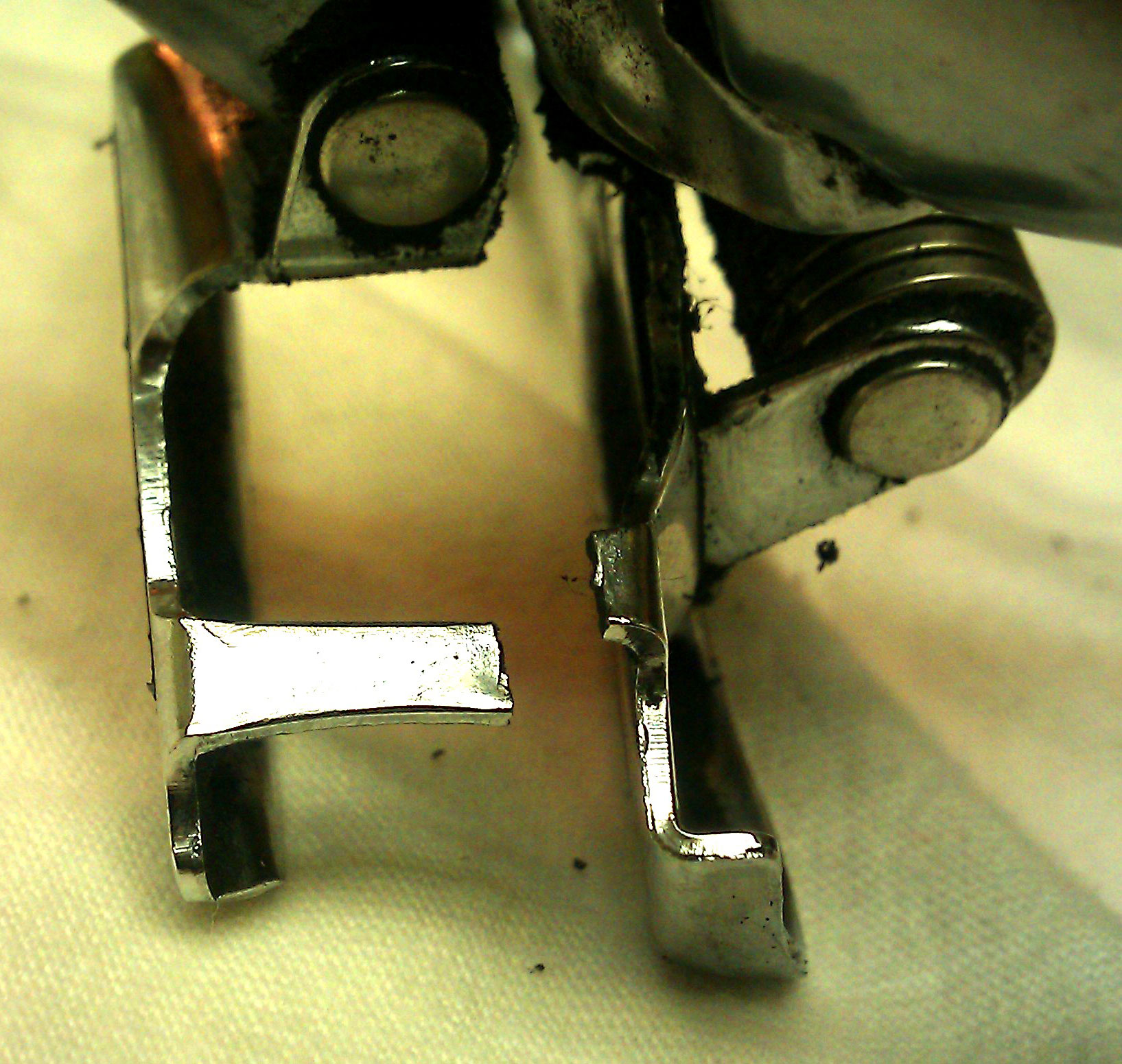 It did not make any unusual noises before it broke. Nor did it go out with a clang. It just went. One moment I was pedaling and attempting to shift into the big ring and there was no shift. I looked down and saw the now oddly shaped derailleur.

I could not fully assess the damage on the road, so I cut my ride short and returned home. I called a few bike shops and found one that said they had the part in stock.

The next day, Saturday, I stopped by that shop only to discover they did not have the style of derailleur I needed. My Scattante CFR Comp uses a clamp-on derailleur, like the name indicates the derailleur clamps onto the seat tube of the bike. 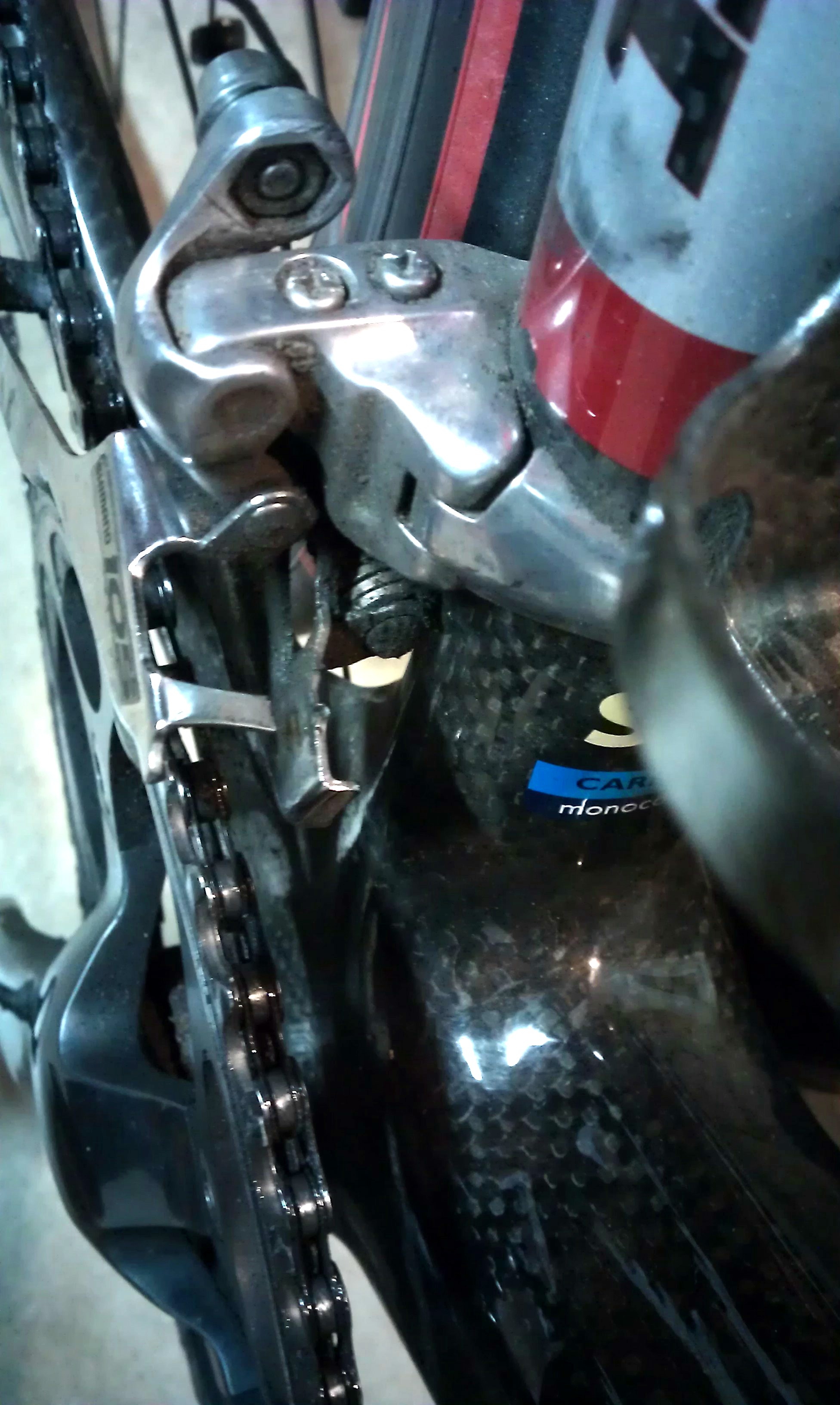 There is also the braze-on derailleur, which attaches by fasteners directly to the frame. They too would have to order the part or I could pay an additional $15 or so to buy an adapter to fit the braze on derailleur to my bike. Nah, I passed on that.

At home I removed the chain, removed the derailleur and cleaned my bike. After everything was reassembled I realized there was no reason I couldn’t continue to ride the bike provided the course was relatively flat as I could not shift from the small ring to the big ring. 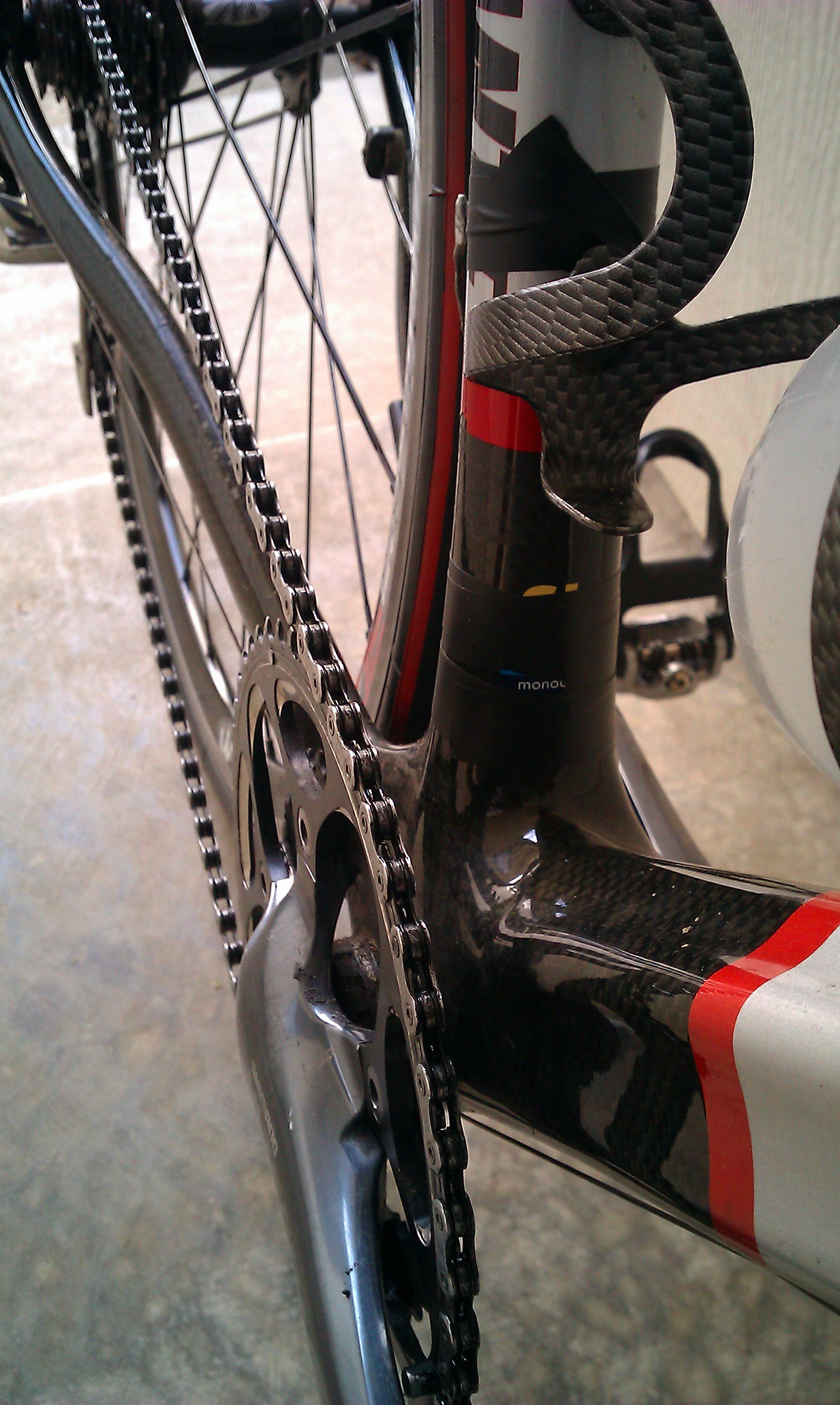 Sunday night I ordered the replacement part ($60), upgrading from a Shimano 105 to a Shimano Ultegra. That same day, I rode 22 miles and the bike handled just fine. Until the new one is installed I will continue to get in rides as long as I remember to not attempt to shift the front rings. 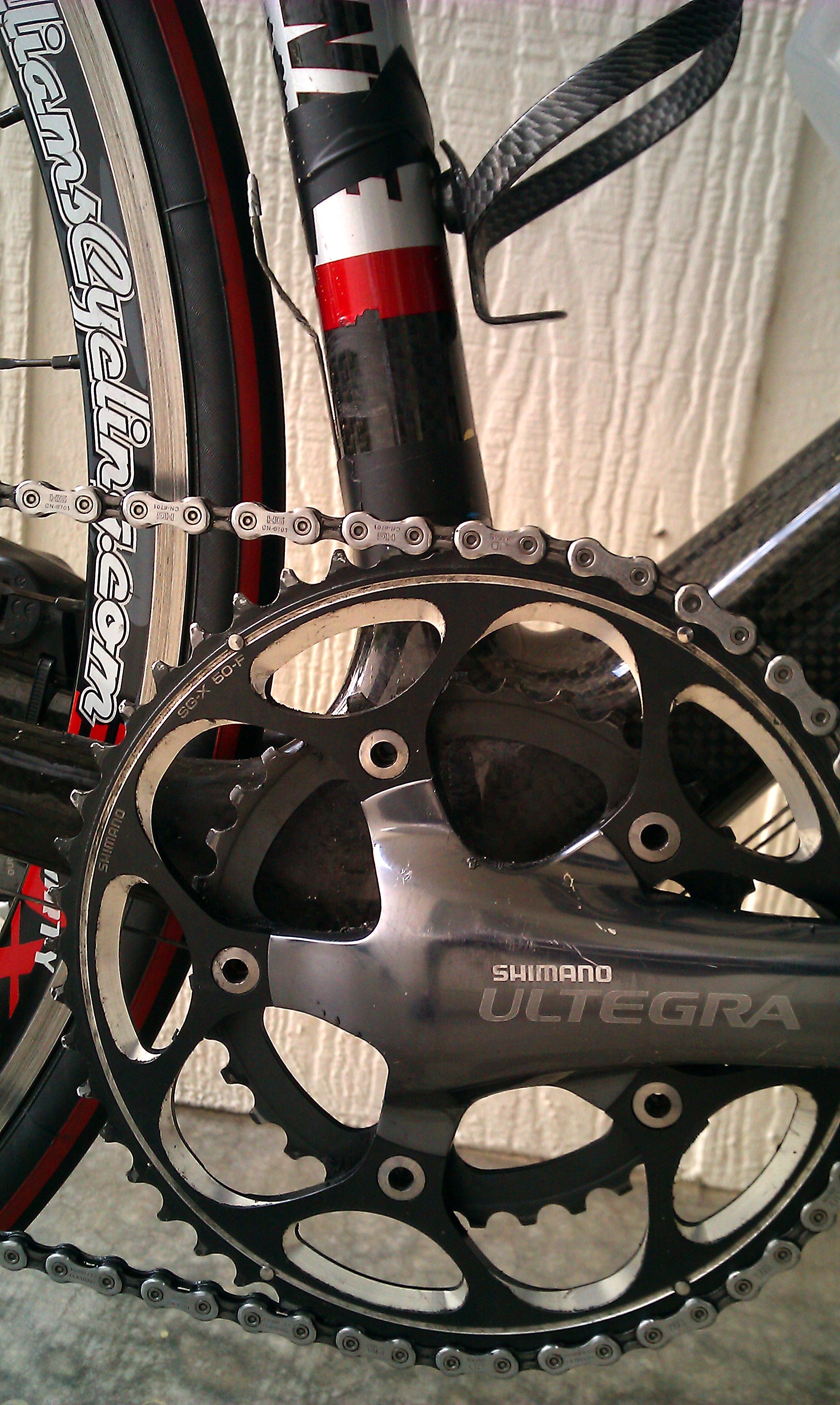 The new derailleur is here. 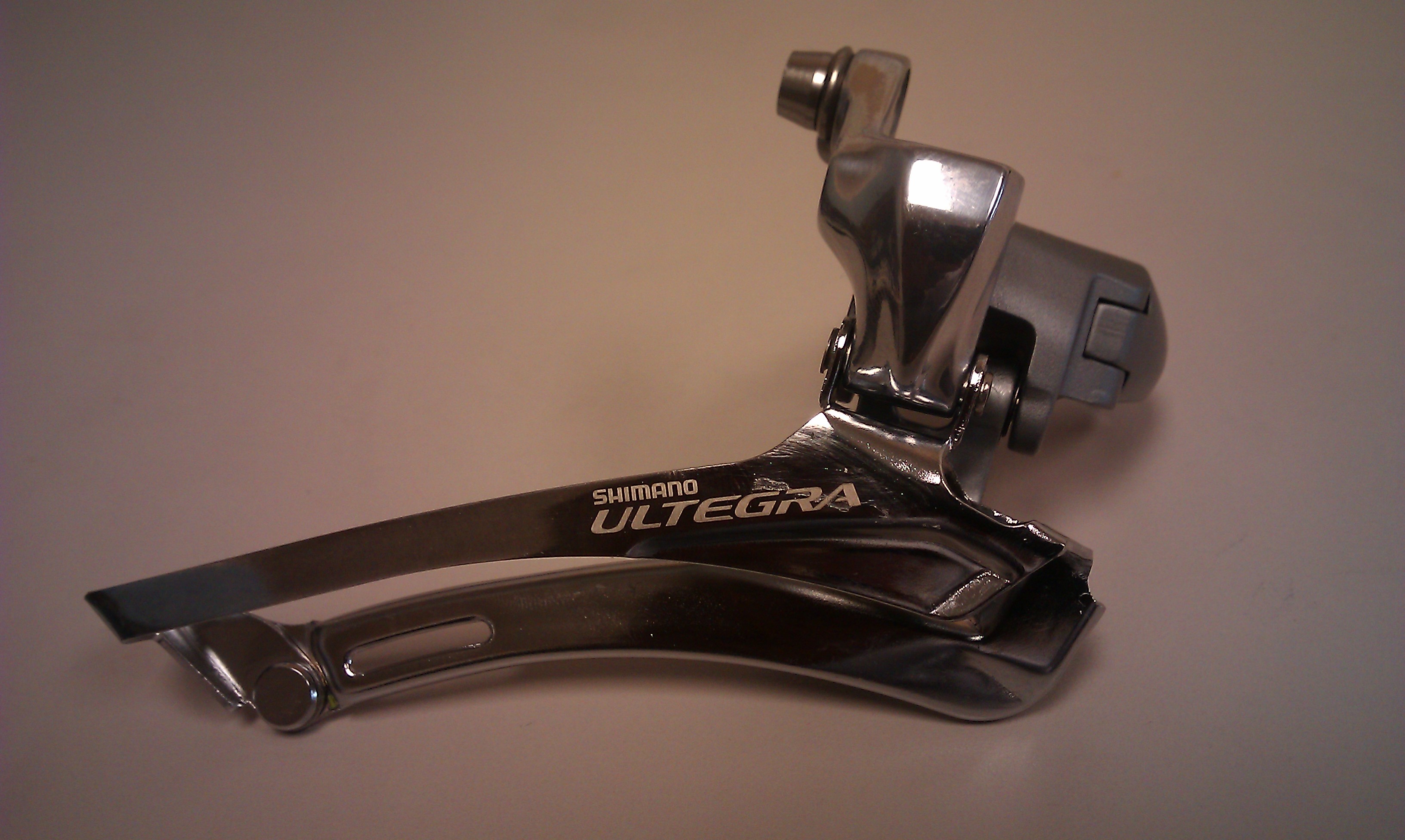