As a sort of follow-up to the last post about problems eating during a ride, guest poster Don Blount addresses his trouble with drink.

I am not afraid to admit that I have a drinking problem.

I have had the problem of drinking too little when I’m riding my bike. (rimshot!)

That may not seem like a significant problem to those who do not ride or who drink more than enough. But it is a huge issue for someone such as me who has suffered from hellacious, make that H-E-L-L-A-C-I-O-U-S leg cramps.

I found that I would go through about 14 ounces of fluid, about 2/3 of a 20 ounce bottle, an hour instead of the recommended 20 ounces an hour.

Given this, why not just drink more? 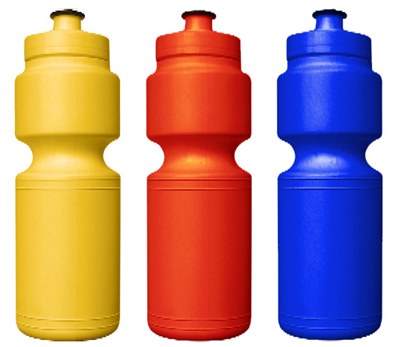 Three reasons: 1) I was not thirsty 2) I was not sweating much 3) It seemed that the more I drank, the more frequently I had to go to the bathroom. This was inconvenient enough on solo rides and even moreso on coed group rides.

It was not as if I was not carrying enough fluids with me as I carry one 20-ounce bottle of water and another with an electrolyte such as Nuun or Endurolyte.

But after a last round of leg cramps a few months ago that led me to borrow some electrolyte pills from a fellow rider, I just decided enough was enough and I would tackle this problem head on.

I started by making sure I had some fluids in me before leaving for a ride.

While on the bike, like Pavlov’s dog, I would work at conditioning myself to grab for a bottle at a given signal. In this case I used the lap timer on my Garmin as my signal to take a sip. When the Garmin chirped at the one-mile mark, I would take a drink.

Of course this time could vary by as much as a minute or two depending on where and how fast I was riding. Early on it seemed terribly inconvenient but I forced myself to follow through.

A mile goes by – grab the bottle and sip. Another mile – when it seemed like I had just put the bottle away – grab it again and sip. Initially the miles seemed to come up far too quickly but slowly, and I do mean slowly, I found myself drinking regularly even without the Garmin reminder. An hour would pass and I would have one bottle down and had started working on another.

On really hot days I would go through 20 ounces before the hour mark. My new problem became calculating where I could refill my bottles on longer rides and choking down the inflated price of Gatorade or Powerade at convenience stores.

I have not had any cramping problems since I began this program. I have not even had to stop more often to do No. 1. Perhaps my body conditioned itself. More than likely it shows how much I really needed those additional fluids. Overall, at least for me, it illustrates the important role hydration plays in cycling.