On the final Saturday of July, on a day that reversed this summer’s trend toward warm and sunny and threw a curveball of grey skies and the ever-present threat of rain, I competed in my second-ever bicycle race. Longtime readers may remember I did my first-ever bicycle race at this same event one year ago. The fact that I ended up surprisingly vying for that win, while taking my age group title, guaranteed two things. One, that I’d come back for more this year, and two, that I’d probably take things a little more seriously this time around.

No, I didn’t go crazy with some dedicated race program. But I did become a little more serious in my preparation in the weeks leading up to the event. Thanks to input from a racer friend, once casual rides now included sprint intervals. Moments of quad-burning exhaustion were followed by the newfound knowledge that lactic-acid-combating enzymes would now be going to work full bore to ease subsequent efforts. And my climb up the Category 4 hill that leads back to my family’s spot on an Adirondack lake became an obsession not with the scenery, but instead with being a Strava “King of the Mountain.”

The work paid off. I ended up repeating as age-group champion in that race, as well as losing a somewhat heartbreaking sprint for the overall by a mere eight-tenths of a second. I also realized the sprint training and Strava KOM attempts had made me a much stronger overall rider. Average speeds crept up, hills went by quicker, and I just felt stronger.

The catch? Transitioning from that competitive mindset proved a little more difficult than I imagined, especially after a pair of far more serious, competitive types took two of my prized KOMs. Suddenly I viewed my precious last days in the Adirondacks as not opportunities to enjoy the area, but rapidly dwindling time to take back two relatively insignificant titles. I targeted the last day of our stay to go out and take back what was once mine.

But a funny thing happened as I pedaled out on that final ride. While my mind may have been into the task, my heart wasn’t playing along. Riding past lakes and up and down the rolling hills, I found I just wanted to take it all in. I found I wanted to measure my last ride of the season not by statistics, but something far less analytical. 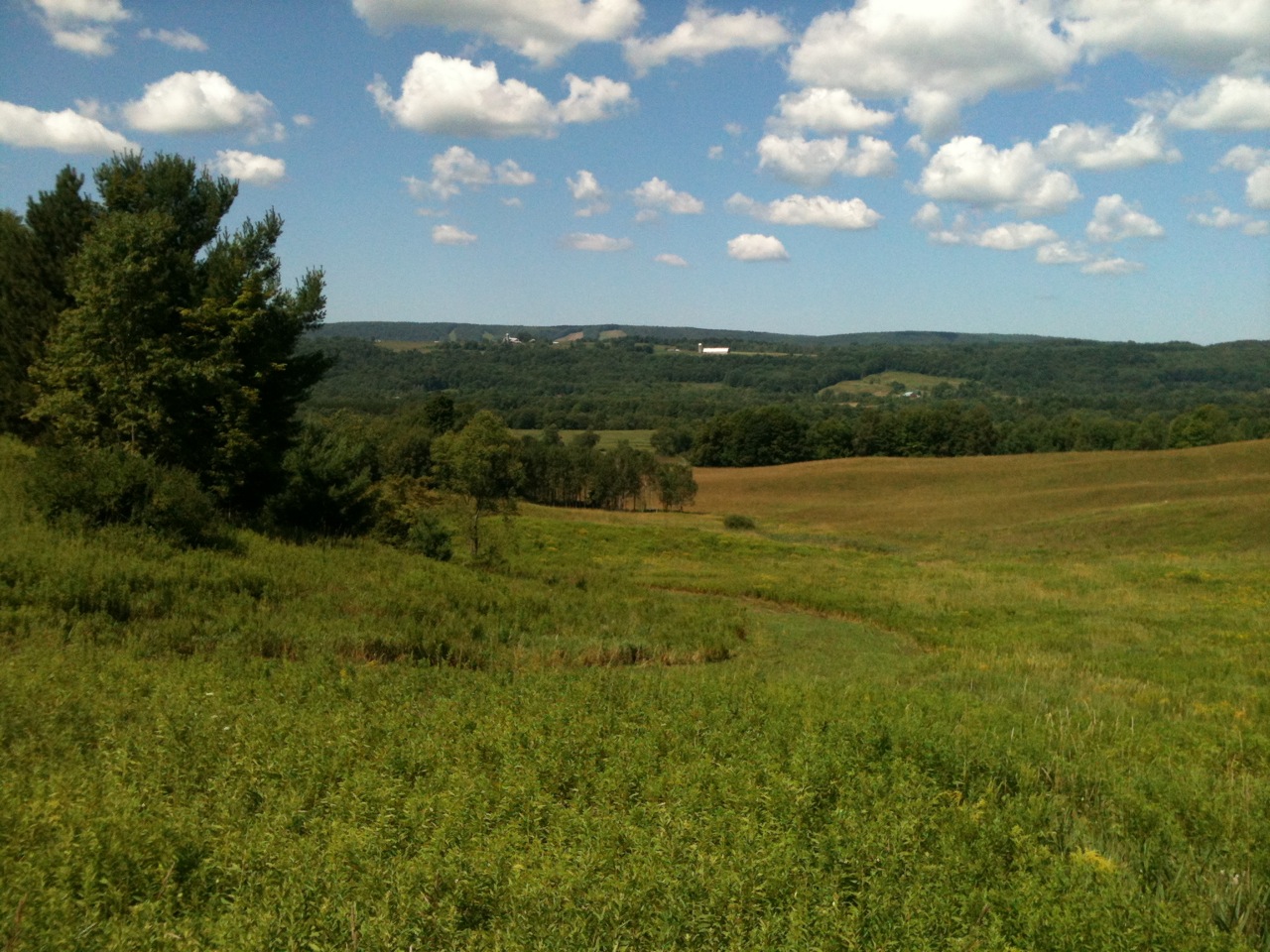 So I blazed down winding descents that followed pristine streams, and took note of the purple wildflowers that seem to line so many country roads. I stopped at the waterfall that I passed too many times this season, and noted in disappointment that a limb on a tree, the one that used to have a rope that allowed kids to swing out from the nearby hillside and splash into the waters above the falls, had broken. 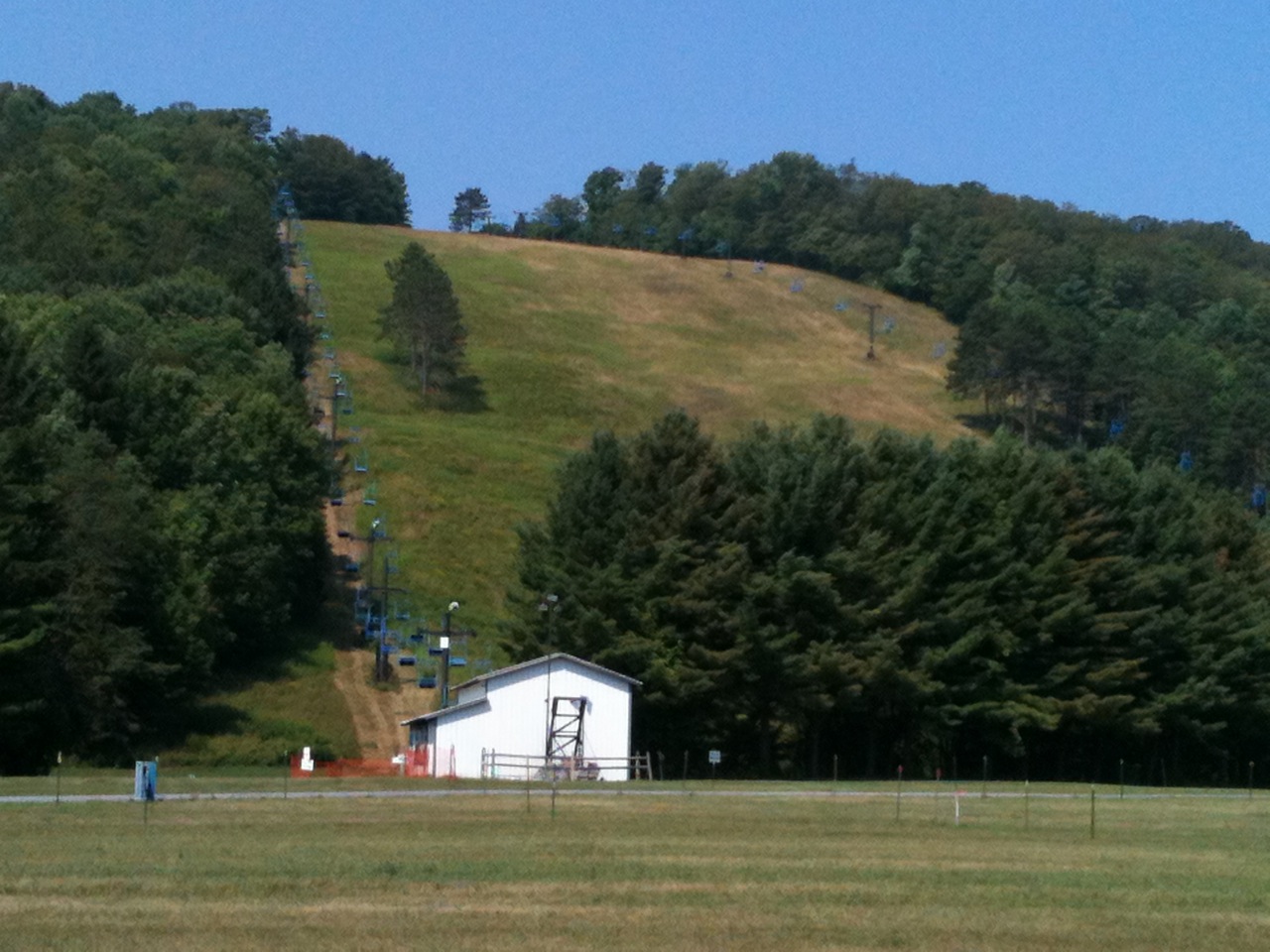 I climbed a Category 4 hill to a ski resort and gazed up at the hills where I once honed my snowboarding skills, then sprinted with all I had to escape the menacing Rottweiler who chose that very moment to come hauling after me in stealth mode. I pedaled through endless fields of corn, and wondered if the crops they held were headed for the table or the gas tank, and debated the value of the dairy farms that allowed their cows to roam and graze freely versus the ones who slotted them assembly-line style into pens that passed food past their mouths while simultaneously carrying away the remnants of that feed that dropped out the other end. 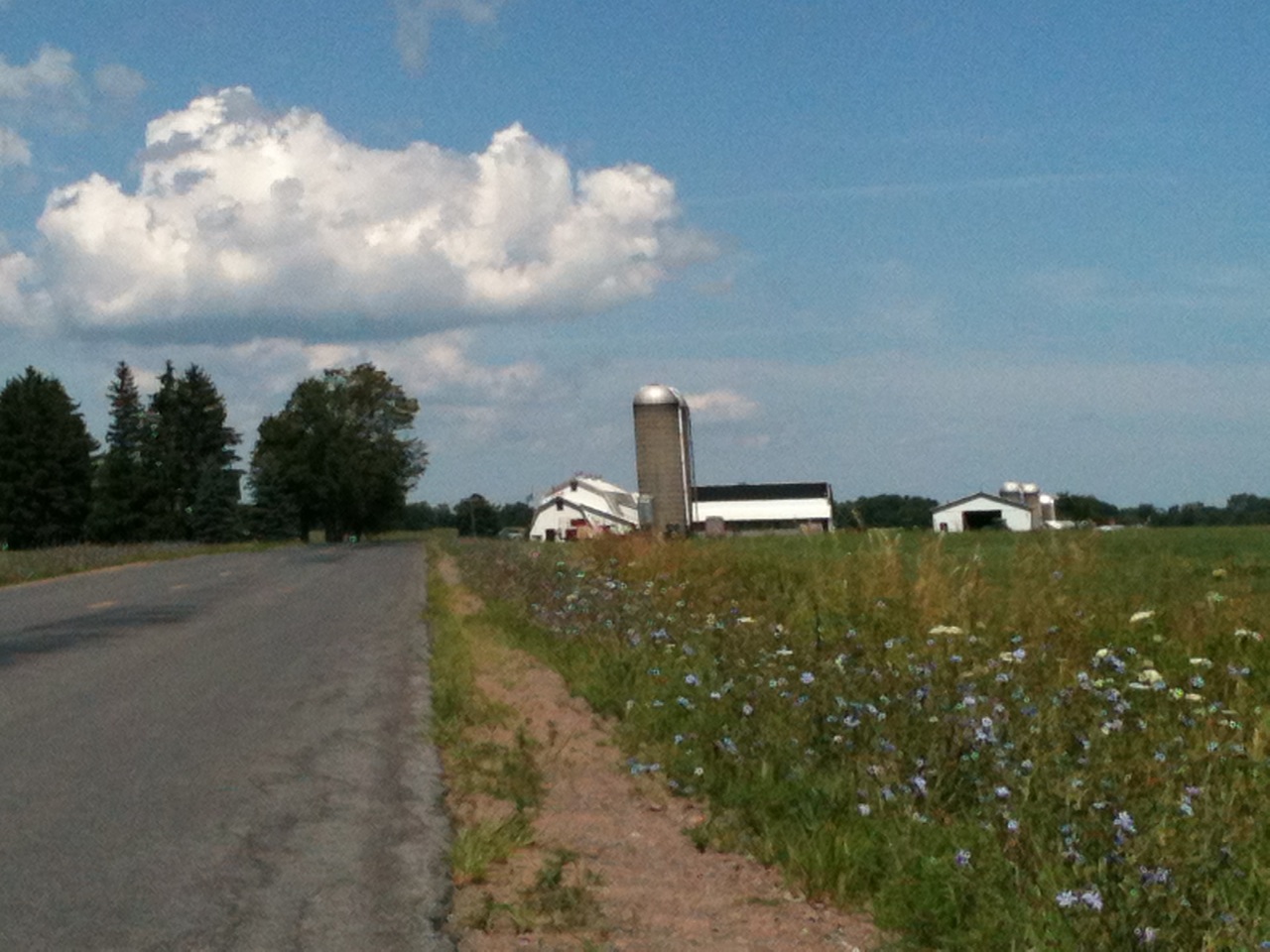 I noted the peaceful deer near that watched me intently, and chuckled at the irony of the homeowner who filled his property with signs proclaiming himself to be an angry gun owner who voted, but also saw fit to populate the border of said property with cutesy little statues of bears holding fishing poles.

In short, I simply turned the pedals and enjoyed the sensations and freedom that only a bike can provide. 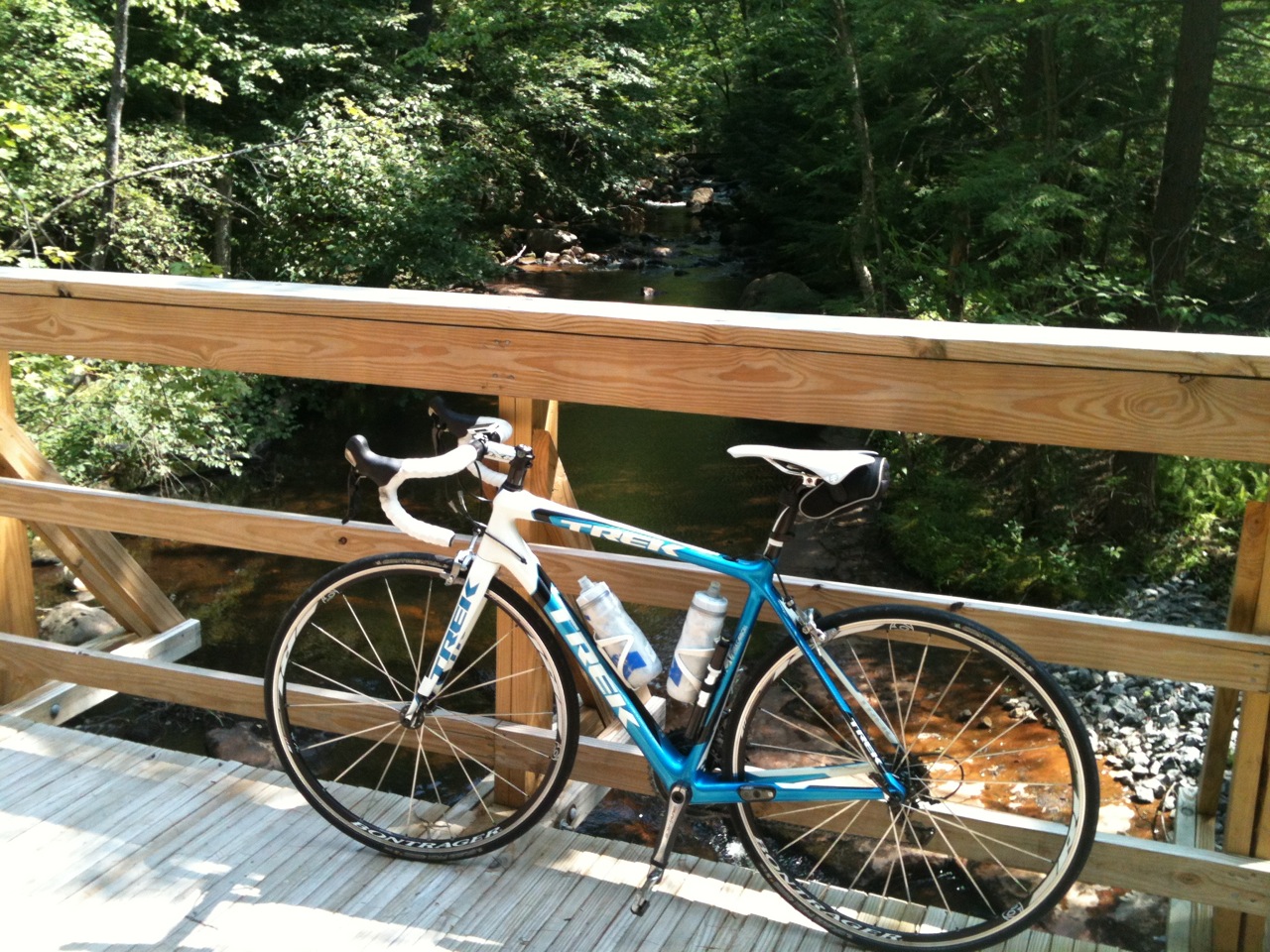 What I couldn’t have lived with, however, was chasing those titles… and missing out on something that could never be summed up by just a number.