One of the joys I get from biking is looking around at the areas I ride through. I’m sure most of us enjoy that part of riding.

Recently, a friend mentioned that he doesn’t always stop when he reaches a busy two-lane road on one of our routes. Instead, he heads out on the road for just a bit, and turns onto Blazyk Drive — a residential road just out of the city limits. Then, he takes a jaunt a bit farther south, and picks up Zyle Road. Both are dead ends, so they’re short out-and-back legs in longer rides. But they offer a nice Texas-style contrast between each other. 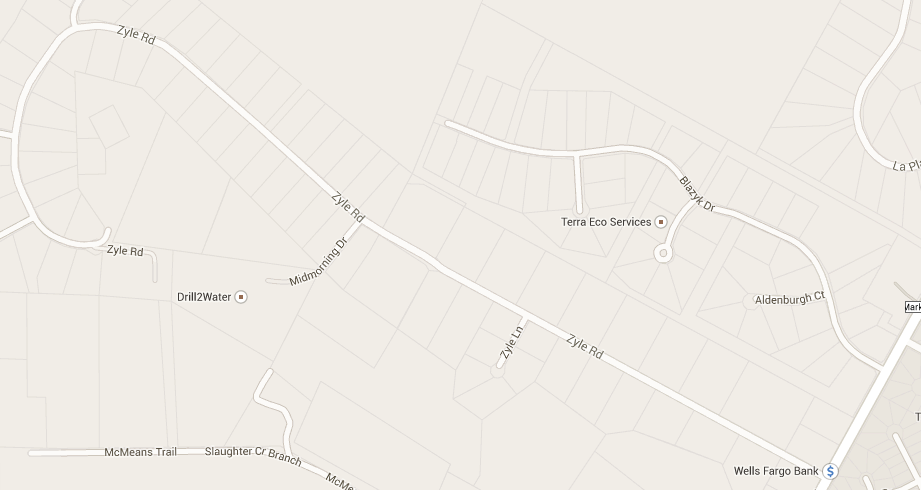 Blazyk is a good road to ride, because it’s a decent uphill for most of its seven-tenths of a mile. It’s a Strava segment, too, although it’s not one I usually try to post a good time on. Blazyk is also nice because of the houses. These are relatively new, high-end places on large lots. It’s always fun to see how the other half lives.

Because it’s a relatively new road in a rich neighborhood, the road is smooooth. Unlike much of my ride, I don’t have to worry about dodging potholes or rough patches.

It takes only three and a half to four minutes to climb Blazyk, and about two minutes for the return trip, rolling briskly on a downhill. Back out on the two-lane, I can turn south for another short spurt to the next turnoff — Zyle Road.

Zyle is just a hundred yards or so from Blazyk, but it might as well be a hundred miles. The contrast between the two is striking.

Roads like Zyle can be found all over Texas. They’re fun to ride, because traffic is almost nonexistent. Zyle has more character, too. When houses do emerge from the foliage, they’re older, well used, and sometimes feature interesting architectural details.

Zyle is a little more than a mile, so a bit longer than Blazyk. Put together these two make a nice addition to routine routes in my part of town. I’ll keep riding them, and keep looking for new sights along the way.