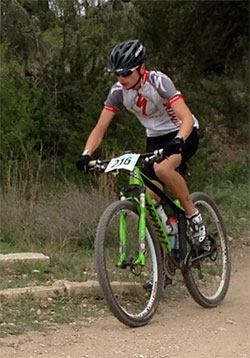 A couple of weeks ago, I mentioned a conversation we had while on a mountain bike ride. Another mountain biker had stopped to chat with us, and we talked for a good 15 minutes before he moved on.

“That’s why I like mountain bikers,” said my friend Maggie. “They’re more sociable than road bikers.”

Meanwhile, because of our weekly road bike rides, a large social circle has developed. Many of us see each other outside of riding activities, and many have developed close friendships.

But Maggie maintains that mountain bikers are friendlier. She’s gone so far as to say road bikers are “elitist.”

In her experience, mountain bikers are more willing to talk with new riders about the sport, more willing to offer advice and coaching, and generally nicer to be around.

I’ll echo her comment about them being more willing to share information. Earlier this year, I headed out to a trail I hadn’t used before. At the trailhead, I wasn’t sure which way to go.

I asked a mountain biker nearby. He looked like he had a lot of trail miles under his belt.

Instead of the expected, “That way,” and a point to the start, he told me of the protocols on that trail, what to watch for, and offered some encouragement.

Okay, so that shows that I’ve been lucky enough to meet some nice folks who happen to mountain bike.

As a group, though, are they more sociable? What do you think?