We decided it was time to head for Dripping Springs for Sunday’s ride. It’s been months since we were out there, and I had trouble figuring out why, since it’s my favorite place around here to ride.

None of the other B riders joined us, although in fairness, this was the day of the Livestrong ride in Austin, and I knew they were going to have a large field for that. We saw only a few other riders, all near the beginning of our ride.

Several miles into the ride, we rounded a bend and Maggie called out, “Turkeys!” There was a big one on the left side of the road, and another not too far behind. Then we saw another, and another. In all, a rafter of eight turkeys scurried behind some nearby bushes to get out of our sight. Maggie speculated that the first one we saw was a male, and the rest were his harem. I had no idea if turkeys collected harems or not.

The turkey sighting was unexpected, and welcome. Several times, I’ve rounded that same bend to come upon a small herd of cattle right along both sides of the road. The turkeys caused a lot less consternation than the bovines would.

As we pedaled easily along the country road, we chatted about all manner of things. Maggie is usually alert to animal sightings, and she pointed out a red-capped finch on a telephone pole. But then, as she looked away, a nice whitetail buck jumped across the road ahead of us and disappeared into the underbrush. I think it’s the first time I’ve ever seen her miss an animal sighting.

We decided to take the Mount Sharp Road route. The roads south of Dripping Springs offer a variety of route options, and Mt. Sharp is the longest of these. Maggie had only ridden in this area once before, so she was open to going a little farther. Of course, Mt. Sharp is also the hilliest route, so we were going to be in for some work.

We passed a few really nice specimens of longhorn cattle, with impressive spans of horns. Try as she might, Maggie couldn’t get any of them to look our way. They were too busy grazing to pay us any attention.

At the intersection of Mt. Sharp and Jacob’s Well Roads, we stopped for a short rest. This would be our turnaround, because Jacob’s Well gets busy as it approaches the community of Wimberly. I’ve always gotten a kick out of a telephone pole with directional markers for various houses and ranches. 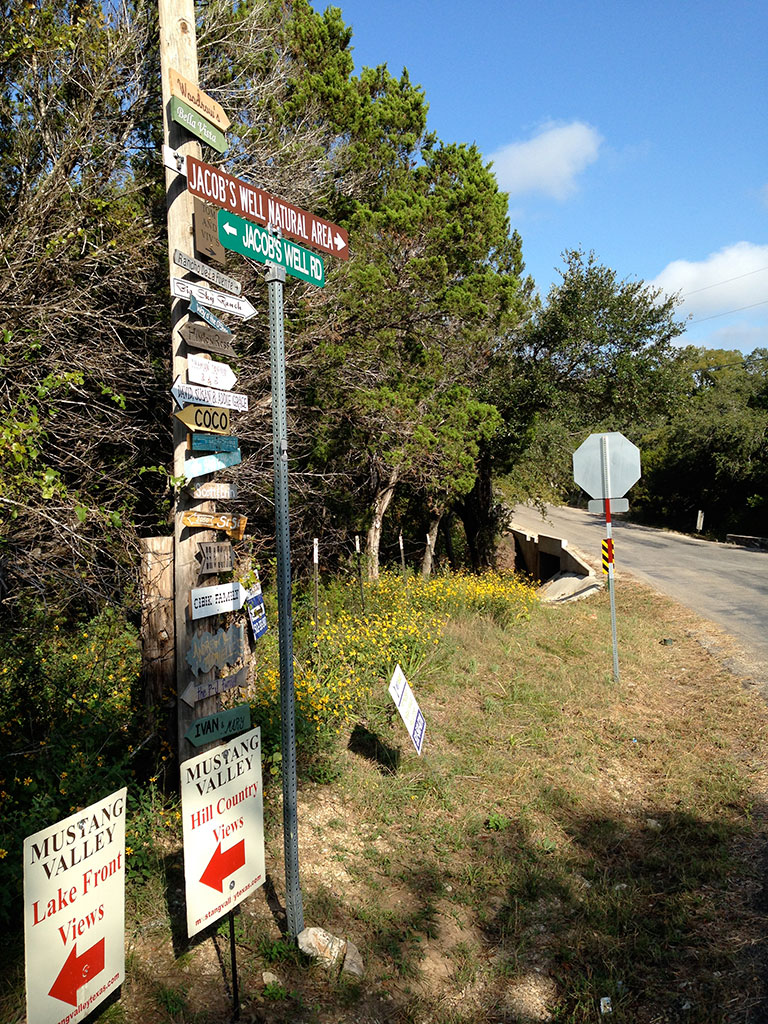 The only problem with stopping where we did is that once we turn around, we have several hills to climb in rapid succession. It’s tough to get any kind of momentum in this area, and I slowed us some more, when I saw some llamas behind a fence. (Click to enlarge.) 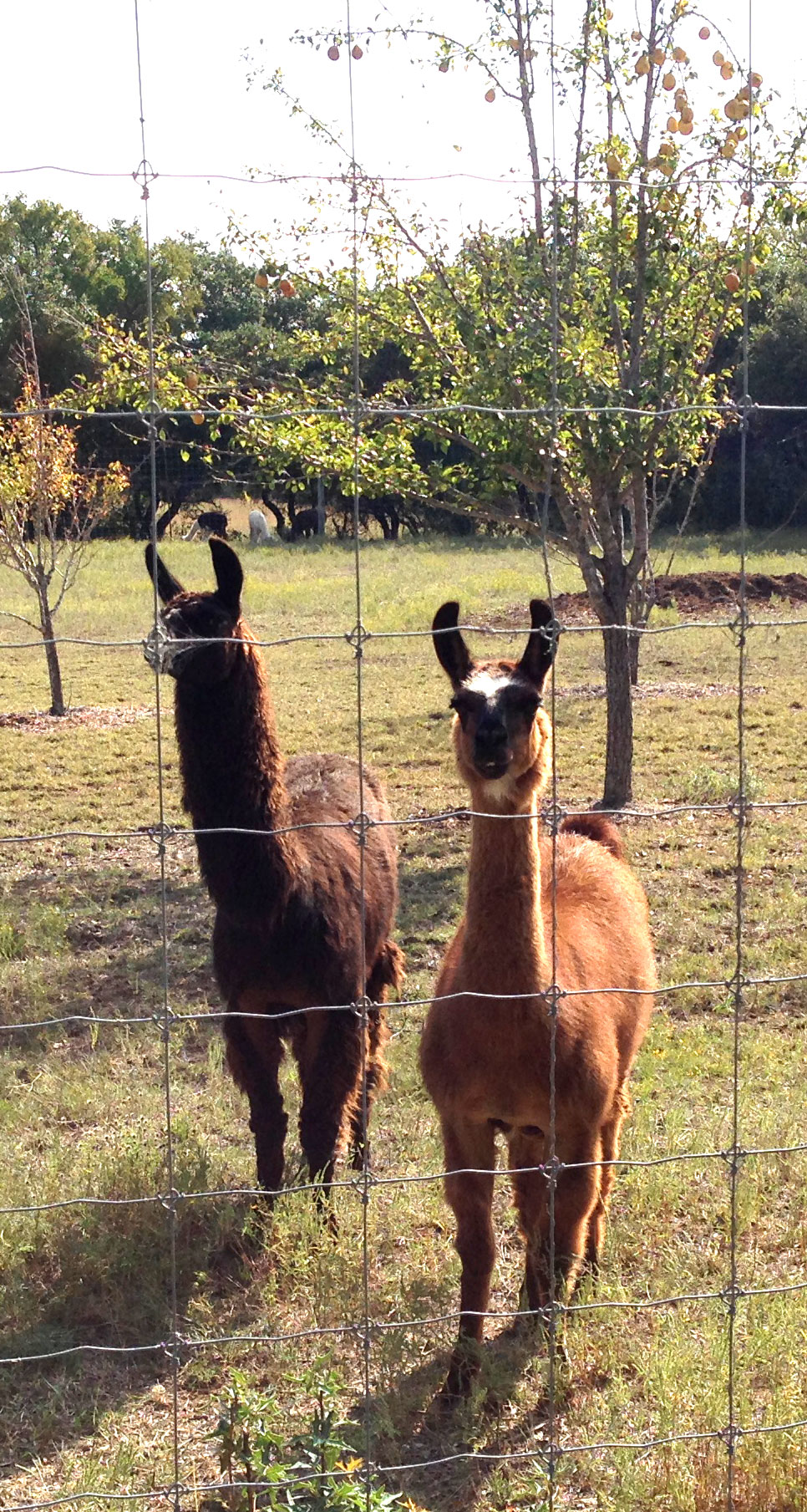 They were curious, and ambled over to the fence when I stopped to fish out my phone with its camera. Besides these two, several others grazed under some trees off in the distance. They posed for some pictures, and when I put the phone back in my pocket, they turned and walked back to the rest of the herd.

Maggie didn’t realize that I had stopped for pictures, and I had to hustle to catch up to her. I rounded a 90-degree left turn and saw her at the top of a hill. By the time I caught her, she was looking off to the left. “Look at the antelopes!” she said, and sure enough, a herd of about 20 was moving away from us. Apparently, they had been down by the fence close to the road. Maggie speculated that they belonged to an exotic game ranch. We have some around here, although there were no signs along the road that indicated this might be one of them.

On the way home, Maggie looked up turkeys on her phone. Males will gather a harem, but that’s in the spring, during breeding season. It’s likely the turkeys we saw were all of the same sex, since they segregate themselves by sex the rest of the year.

All in all, a successful ride. We rode where the deer and the antelope play (couldn’t resist), and saw llamas and longhorns to boot. Our slowish 12.2 mph average speed over the 36 miles reflected our take it easy attitude this day, but it was still enough to send me to a nap once I got home.