As an internationally-renowned bike blogger, I get hit up on a regular basis from entrepreneurs who would like to some help publicizing their products. I generally resist such entreaties, because this blog is not in the business of giving free publicity to consumer products (Although I’ve done it before, and will probably do it again).

Anyhow, with the holidays approaching I’ve been besieged with more requests than usual. So I figured, what the heck? Let’s feature some of the more interesting ones that have come my way. Maybe you’ll be interested enough to back these budding billionaires, or maybe just buy their products for Christmas gifts for your cycling buddies.

First — Dappercap! It’s a British-made cycling helmet for the urban cyclist, that aims to bring a touch of style to a much-maligned cycling essential. The helmets will be hand made in Cornwall and tested to European standards. 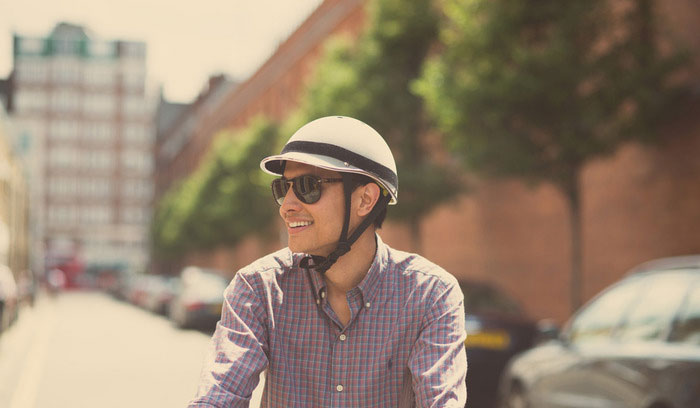 Sorry — it’s not available in time for Christmas this year. They expect to introduce it in Europe in April, 2015, and reach the U.S. and Canada in September next year. But if you’d like to support them, their Kickstarter program is open until December 5.

Wearable technology is all the rage now, and a company called 1 Voice hopes to fill a perceived need among workout fiends who can’t be without their music. They’re introducing the 1Voice sports headband. It’s got a built-in Bluetooth receiver, which eliminates the need to hard wire your MP3 player. The headband has built-in earbuds, which the company says will not fall out during a workout.

Ever get frustrated when you signal your turns, but for whatever reason motorists don’t see you? Another Kickstarter program hopes to remedy that situation. It’s another British venture called Wing Lights, and they’re bicycle turn indicators. Attach them to the ends of your handlebars, and when you intend to make a turn, press them with your hand and they’ll start to flash. 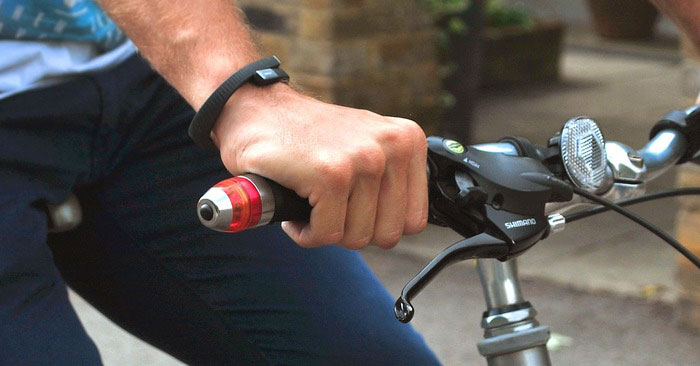 Wing Lights are only available for straight bar bikes. They can’t be fitted to drop bars or cruiser handlebars. For more information, check their Kickstarter page.

Finally, here’s one just for the guys. Because I know we all have this problem, right? It’s a problem unique to guys, because of our…uhh…equipment. A new product called “HappySacs” is supposed to make sure you’re not caught during Public Displays of Adjustment, as the company puts it. It’s very simple — a sack for your sac. 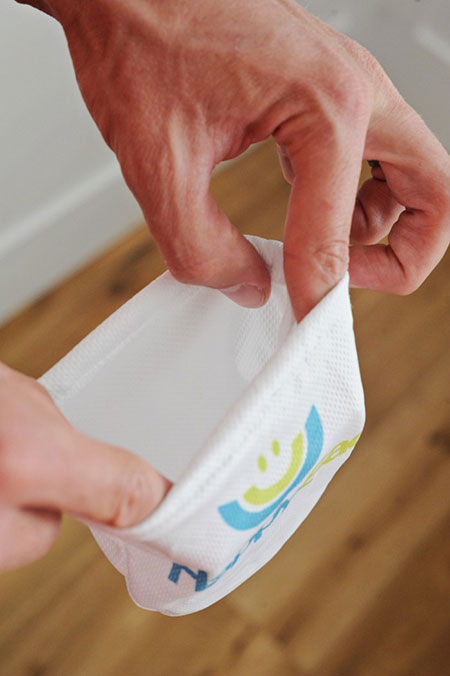 They claim you won’t have to worry about discomfort and chafing, and won’t have to use chamois creams, either. For info, check their website.

Now that I’ve handled your Christmas shopping needs, we can get back to biking.