My friend Ramon H. from the Rio Grande Valley recently had a shock when a drunk driver plowed into several members of a group ride he was in. Two were banged up, and one went to a local hospital’s ICU. Ironically, the group was riding in honor of another of their cycling circle who was killed a year ago — again, by a drunk driver.

The crash rattled Ramon, and he is reassessing his commitment to cycling.

“At this point,” he wrote me, “I am not sure what the future holds for me as it pertains to pre-dawn cycling or road cycling in general.  This event hit too close to home and emotions are very raw still.  Not just for me, but for my wife as well.”

A lot of Ramon’s riding is done on a trainer now.

I have noticed an increase in traffic on roads I’ve biked on for years. Until the shoulders were recently widened on one popular (but high speed limit) highway, I had stopped riding it. Too many cars going too fast. However, on our longer cycling routes into the country, I can’t say motorists are any more of a threat than they have ever been.

So I was concerned when two members of my cycling club posted about one of their recent rides. Going down Cement Plant Road near Buda, Texas, a cement truck passed so close that it touched the arm of one rider, and left a disturbing cement dust print on his shoulder. Neither of the two was hurt, but we probably will confine our riding on that road to Sundays in the future.

However, a heightened sense of danger on the roads is far from universal. Our guest poster, Don Blount, says he hasn’t seen a problem.

“I have found drivers to be remarkably courteous, giving me plenty of space,” he said. “I could probably count on one hand the number of times I have been buzzed and most of those times will involve some knuckleheads in a pickup truck.”

Don surveyed members of his cycling club in California, and they had similar impressions.

Our other guest poster, Jeff Hemmel, checks in from Florida: “Not sure if I would say that it feels like things are getting worse, but there are definitely moments.” Jeff says he’s noticed more anger on the roads, as well as more disregard for traffic laws. So, he’s adjusted some of his riding practices.

“I always ride with a very bright, Blackburn Flea blinking taillight day and night,” he said. “I’m also really conscious of watching taillights, looking ahead to intersections, etc, to try and anticipate what might happen.”

Jeff said it’s up to the cyclist to be proactive. “I think about what hours I’m out there,” he said. “I pretty much stick to morning, and especially avoid later afternoon as kids are out of school, people are starting to go home from work, etc.”

Frankly, one of the reasons I’ve started doing some mountain biking is that it gets me off the roads. If I hit a rock and do an endo — well, that’s my fault.

And even Ramon hasn’t given up. “I am not ready to stop cycling because I have seen the tremendous weight-management and stress-relief benefits it provides,” he wrote. “I have seen very positive changes from when I started back in 2009 to where we are today.  Drivers have started to look out for us, and we have slowly started to instill a ‘share the road’ mentality.”

And Saturday, Ramon finished a 100-mile organized ride with his best time ever for a century.

Our frequent guest poster, Don Blount, is dealing with a setback.

My cycling year has gone sideways.

I had planned on building on what I did last year, riding a total 6,500 miles and completing a bunch of challenging rides, including the Tour of the California Alps Death Ride and my first double century.

This year my goal was to complete three double centuries, which would give me a California Triple Crown and to complete the Death Ride again.

Instead of preparing for my next ride, I am readying for major surgery in March and rehab with hopes of being able to complete a double century by the fall.

The problem is osteoarthritis in my left hip. It is something that I have been tracking for nearly two years. X-rays taken about last May showed no cartilage in the joint, which meant there was bone on bone grinding.

My doctor described it succinctly: “You have a crappy hip.”

Cycling is a non-weight bearing activity – except for standing when climbing or making a hard effort – so the only option was to live with it until it became problematic.

So I rode and for the most part without any significant problems.

In October I had a quick consult with an orthopedic surgeon who looked at the x-ray, and told me to come see him when I was ready. Ready meant ready for hip replacement surgery.

The hip was balky but it provided no real indication that it would fail.

But over the Christmas holidays it took a turn, becoming increasingly difficult to use until one morning after New Year’s I got up and could not walk at all.

My hip had not just deteriorated; it felt as if it had imploded. I can ride, I can work out. But the pain became constant and I needed a cane to walk.

It was time for hip replacement surgery.

I spoke with my doctor who referred me to the surgeon and a surgery date was scheduled.

I may view this major surgery a bit differently than other people since I had my right hip replaced in 2004. People do not know I have a replacement hip unless I tell them. The surgeon says I can be on bike trainer a few days after surgery.

That’s my new starting point on which to build and hopefully I can complete a California Triple Crown in 2016. 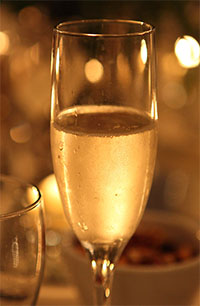 The fine folks at WordPress tell me this is my seventh anniversary as a blogger.

Many thanks to all of you who continue to stop by to read my occasional entries, and to offer always interesting and fun comments. I’ll try to keep things moving along in the coming year.