Okay, that’s perhaps a bit of an overstatement. Austin is not a biking paradise, regardless of what you’ve heard.

But the reason has to do with the point of this post. The city has gotten too big, too fast. We’re now at about 843,000, which makes us the 11th-largest city in the United States. The roads I enjoyed biking on when I took up the sport eight years ago are not as inviting as they once were.

Just on Sunday’s ride, I made a jaunt out to the southeastern part of the city, where it starts becoming rural — or, at least, semi-rural. It used to be, that once you got east of Interstate 35, buildings spread out quickly, giving way to small spreads of several acres. But this is what I saw today: 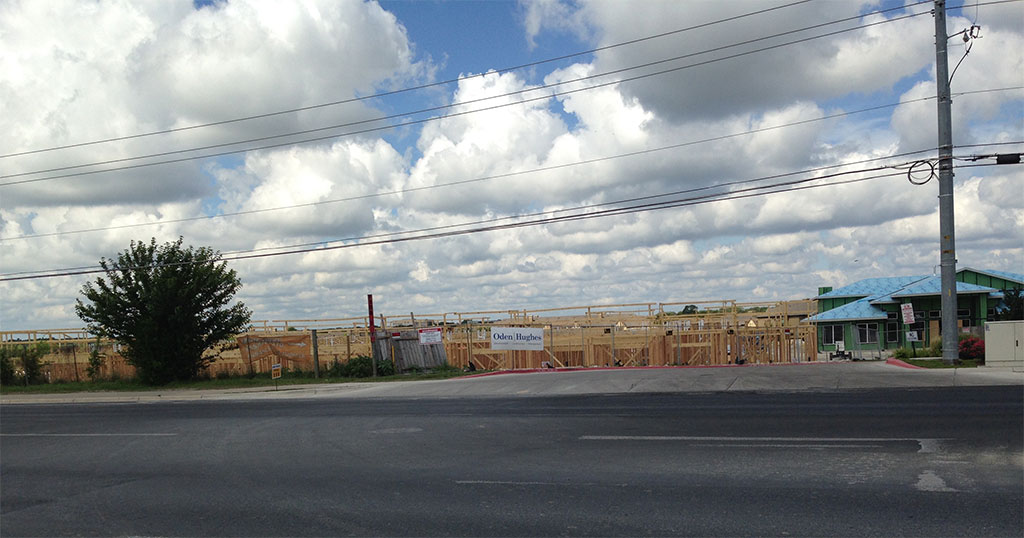 Yet another apartment complex going up. Now, we’re a poor city for mass transit, so most of the people who move into these places will be driving cars, which will add to the already horrendous traffic conditions. There are enough apartment complexes going up farther and farther from downtown, that our formerly nice biking roads are being increasingly crowded with motor vehicle traffic.

And if not apartments, houses are springing up, too. I headed for a well-known country club which had once been out by itself. Now, one of the roads leading out of the club’s neighborhoods has be extended farther east, into what had been previously scrub land. The new development has a golf theme, with streets like Boros Drive and Mickelson Lane, and the houses don’t appear to be anywhere near as nice as the ones closer to the golf course.

Occasionally, I have put my bike on the car’s bike rack, and headed some distance from home to ride in the country. I can still get in a 25-mile ride just cruising streets in my neighborhood, but suburban riding doesn’t give the same joy as a nice spin in the country. I think I’ll be driving to my rides a lot more in the future.