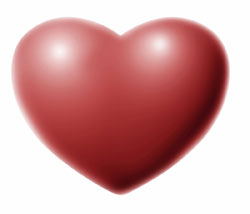 The news was stunning. A member of my bike club emailed word that a local man prominent in cycling circles had a massive heart attack while leading a morning group ride today. The news hit close to home, because while I didn’t know him well, he was the guy who taught the Road I course I took two years ago.

A passing motorist gave CPR, and paramedics got him to a hospital where he was put into an induced coma. One of the arteries to his heart had a 100 percent blockage, and doctors made a temporary opening to get blood to his heart.

It was eerily similar to what happened to Belgian cycling star Kim Kirchen during the Tour of Switzerland in June. He, too, had to go under an induced coma. Kirchen is now out of the hospital.

I thought cycling was supposed to make us invincible.

Hm. Never knew that. Okay, I’ve never really paid much attention to food. In fact, my wife often complains that I eat like a teenager.

That’s about to change. I’ve enjoyed the effects of losing some weight lately; but that’s stalled out for the time being. Time to get back on track. Time to notice what I put in my body. Time to get serious about total health, not just exercise. And time to recognize that while I’m relatively healthy, I am not invincible.