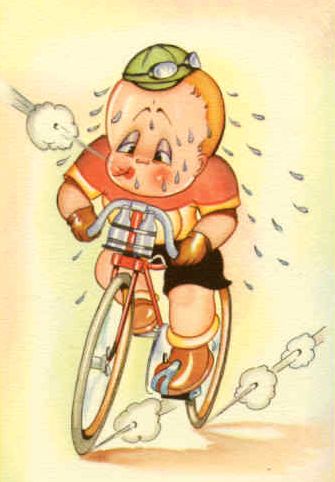 I got home early today. The university is closed Wednesday so students can travel home for Thanksgiving, but students being students, many of them lighted out today. Heck, I’m aware of a few who took off after classes last Thursday. Anyway, with only five students showing up for my afternoon lab, and finishing their tasks within an hour, I got an early start on vacation, too.

I decided to take advantage of unseasonably warm weather to get in a bike ride. We’re traveling for the Thanksgiving holiday as well, so this will be my last chance to ride until Sunday. Before setting out, I took a few minutes to dig my headlight out of the bike stuff box and mount it on the bike. I don’t ride in the dark as a rule, but the long shadows of late afternoon make a front light as useful as a tail light.

My ride would only be about an hour, just a few laps at the Veloway. I often get over there on late Tuesday afternoons, and try to get in a little speed work. It’s the only time during the week that I really try to ride fast. Today, it occurred to me that I should try the intervals my friend Joe was doing when I ran into him a couple of weeks ago.

His intervals aren’t rigidly structured. Two minutes all out, two minutes easy. I did a warmup lap, then noted the time on my bike computer, stood on the pedals, and pushed hard.

After about a minute, I was ready for this interval to end. Not only was I going reasonably hard, but in this section of the Veloway, the track is a slight upgrade. I kept pedaling against the resistance, and finally saw two minutes click by.

Not being an experienced intervalist, I suspect I really mucked up the easy part of the ride by not riding easy enough. I caught myself powering through a curve, and reined it in. After another minute ticked off — in what seemed like a much shorter period of time — I stomped on it again.

The intervals were good. I felt powerful throughout the ride, although I’m sure I didn’t do the fast parts nearly as fast as Joe does. I know I didn’t keep up the effort as long as he does, either. Three laps on the Veloway, plus riding from and to my house, comes out to about 15 miles. I do it in less than an hour.

It was dusky enough that I could see the beam of my headlight hit the pavement ahead of me on the way home. While I’ve often stated on these pages that I’m not much for training, I also know that to get faster, you have to ride faster. I have no aspirations of joining the A ride in my club, but I’d like to be able to open it up halfway through a Sunday ride and still have some stuff in reserve for the trip home. Maybe doing this unstructured structured riding once a week will help me toward that end.

I’m also feeling a bit smug about the ride, because it left me feeling as though I can save a little space for all the food I’ll be eating over the next three or four days. My wife and I are traveling north to see our new grandchild, all of 10 weeks old — and no, I’m not taking my bike along with me, even through Minnesota is also enjoying some relatively mild weather for this time of year. Sometimes, you just have to deal with things that are more important than biking. See you Sunday!