Last week, while I was not riding because of my head cold, I developed a bad saddle sore. How could that happen? Well, I assume I contracted it during that metric century I did on my birthday. After all, it was my longest ride of the year by far, and there was probably some rubbing going on down there. But I wasn’t bothered during the ride. Or after the ride. It was only as the following week wore on that I realized I had a problem. Even walking was painful.

I took a look, and sure enough, there it was — only bigger than saddle sores I’ve had in the past. Typically, they’re about the size of a pimple. But this one was el zitto supremo! I waited for it to diminish, and even got two extra days for that to happen when my Friday and Saturday rides got rained out.

On Sunday though, my wife wanted to ride. I was leery about going with the saddle sore, but I threw caution to the winds and joined her for a nice 16-miler. The ride was comfortable for me. I felt no rubbing, no soreness. Nothing like I’ve gone through in the past when I’ve ridden with saddle sores.

Back home, I found the sore had almost disappeared. Just that one ride took care of it.

I’m baffled as to why. I’m guessing that it must have popped during the ride, but I would think that that would make it even worse because rubbing would aggravate it. So I’m not entirely sure what went on, but I’m glad it did. Today’s 25-miler went off without a hitch.

I think I’ll still be careful about riding with saddle sores in the future, but at least I know now that riding with those little buggers won’t necessarily knock me off the bike for several days.

Sometime after last Tuesday’s ride I felt it. Another saddle sore. It could have been caused by the thin pad on the shorts I wore, but it was one of those pimple-like things that’s probably caused by a hair follicle. I didn’t think much of it, because in the past, these things have always gone away quickly.

Then on Thursday, I got the chance to ride again. I usually can’t ride on Thursdays, because of my work schedule. I took the bike out for an easy 15 miles. Although I could feel the saddle sore, it actually lessened once I was on the bike. The ride was comfortable.

I wound up working late Friday, and didn’t ride. During the day, I could feel that I had irritated the sore Thursday. It had swelled up some, right in the crease between my butt cheek and my thigh. Walking was not comfortable.

But Saturday morning, Pat said she wanted to go for a ride. I wanted to go along. “Where shall we go?” she asked. “Are you up for a Mopac loop?”

She was disappointed, because she wanted to get some miles in. Her work had kept her indoor all week, and she was ready for action. We started pedaling through the neighborhood. After about four miles, I asked her if she still wanted to do Mopac.

In fact, I did. Maybe the pimple had popped during our short ride, but I wasn’t feeling any pain or even discomfort. We took some side streets to Mopac, and out on the highway, I started pedaling with more vigor.

We finished up at the Veloway entrance, and Pat said she wanted to do a lap there. By then I was ready for more. But I decided not to push my recovery. We did our lap and headed home.

After showering, I noticed the sore was still swollen and ugly – darker than it had been. It still hurt to the touch. I covered it with Bag Balm, and went out to cut the grass. Walking irritated it. Inside, sitting and watching TV, I was okay, depending upon my position in the chair. I Bag Balmed it again (is that a verb?) before going to bed — hoping it would let me ride Sunday morning.

Athletes talk about playing through pain. Running even with a cold. But some things just get worse with activity. Staying off the bike today was a good idea. I couldn’t feel the sore tonight when I walked the dog, but it still hurts when I touch it. I’ll be off the bike for another day or two as we wrap up the semester at school, and then I’ll be on the road for two more days. That should give the sore plenty of time to heal and even disappear.

I’m sure I’ll get saddle sores in the future. When I do, I’ll grudgingly be still for a few days. 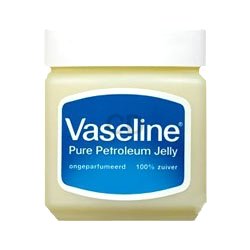