Last weekend, I was poking around in some closets to find a missing something or other, when I came upon my stamp collection. It’s something I’ve been keeping on and off since my school boy days, but I haven’t looked at it for more than 10 years. Seeing those stamps in the album, and all the stamps lying loose in envelopes, re-triggered my interest. I’ve been slowly organizing my loose ones with an eye to getting them into the album again.

Doing that reminded me that stamp collecting is not necessarily just putting as many stamps as possible from as many countries as possible into the album. Many collectors — maybe most collectors — specialize in one way or another. Topical stamps are a popular target for collectors. Topicals, as their name implies, are stamps with pictures of a common topic, such as animals, or lighthouses…or bicycles.

It turns out a lot of stamp aficionados collect bicycles on stamps. It also turns out that a lot of countries have issued stamps featuring bikes. A few cursory visits to some well-known stamp sites turned up an interesting array of bike stamps.

The United States issued a set of bike stamps just last year. According to the U.S. Postal Service’s blurb that accompanied release of the set,  “increasing numbers of Americans ride bikes to work or use them to run neighborhood errands. Many travel organizations offer cycling tours, from leisurely half-day jaunts to weeks-long excursions. No matter how long the ride, choosing to bike rather than to drive cuts down on traffic congestion, fuel consumption and vehicle emissions, which benefits the environment and helps improve air quality.”

The U.K. has issued its own biking sets. This one from 1978 covers much the same ground as the U.S. issue, with stamps saluting old-style bikes like the penny farthing and 1884 safety bicycle, touring bikes, modern small-wheel bikes, and racing bikes.

China too, promoted cycling on a stamp issued last year. They give a nod to both racing and everyday utility cycling. 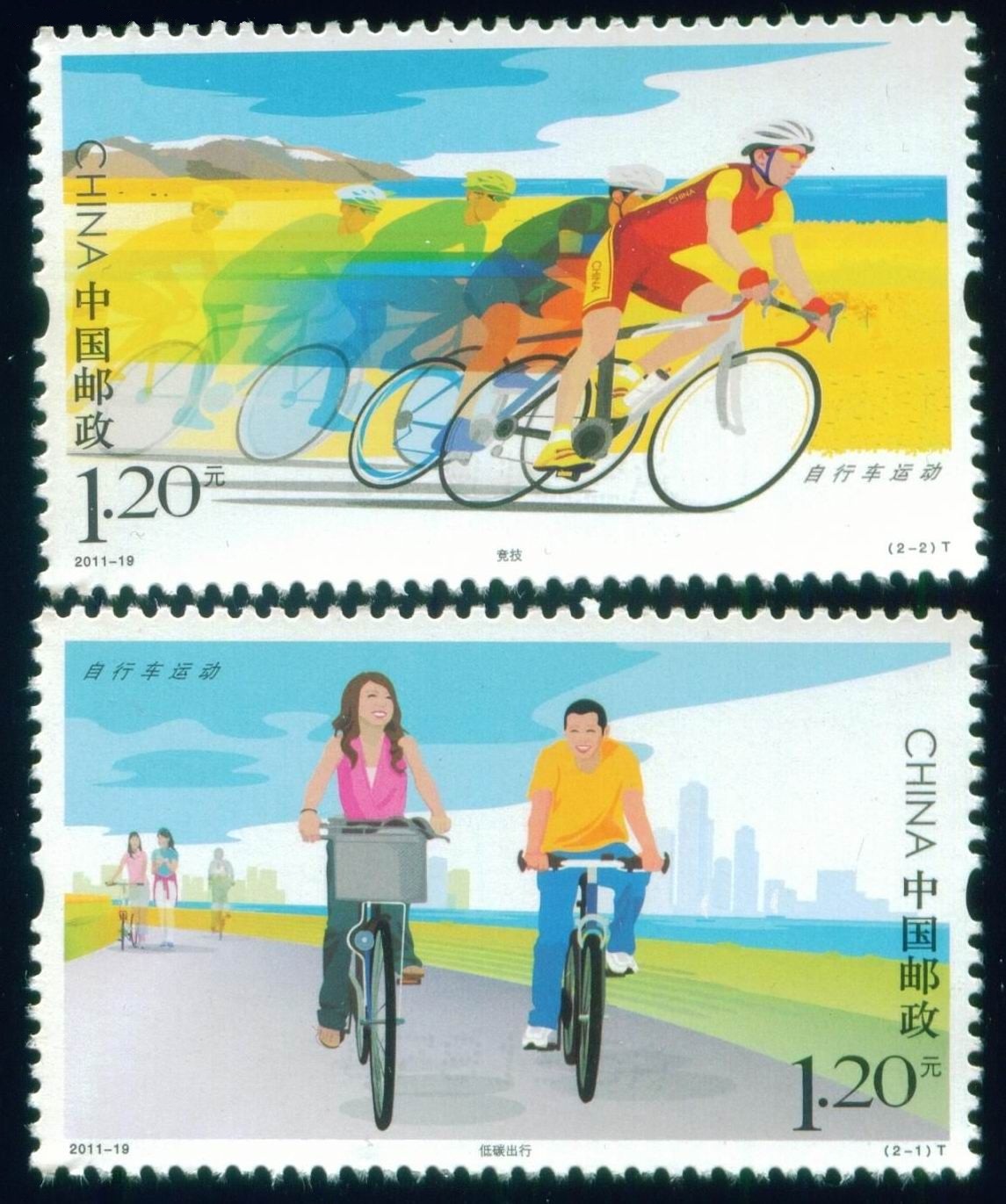 And even countries not normally associated with cycling have issued their own cycling-themed stamps. This 1982 version from Mongolia is part of a set of stamps. 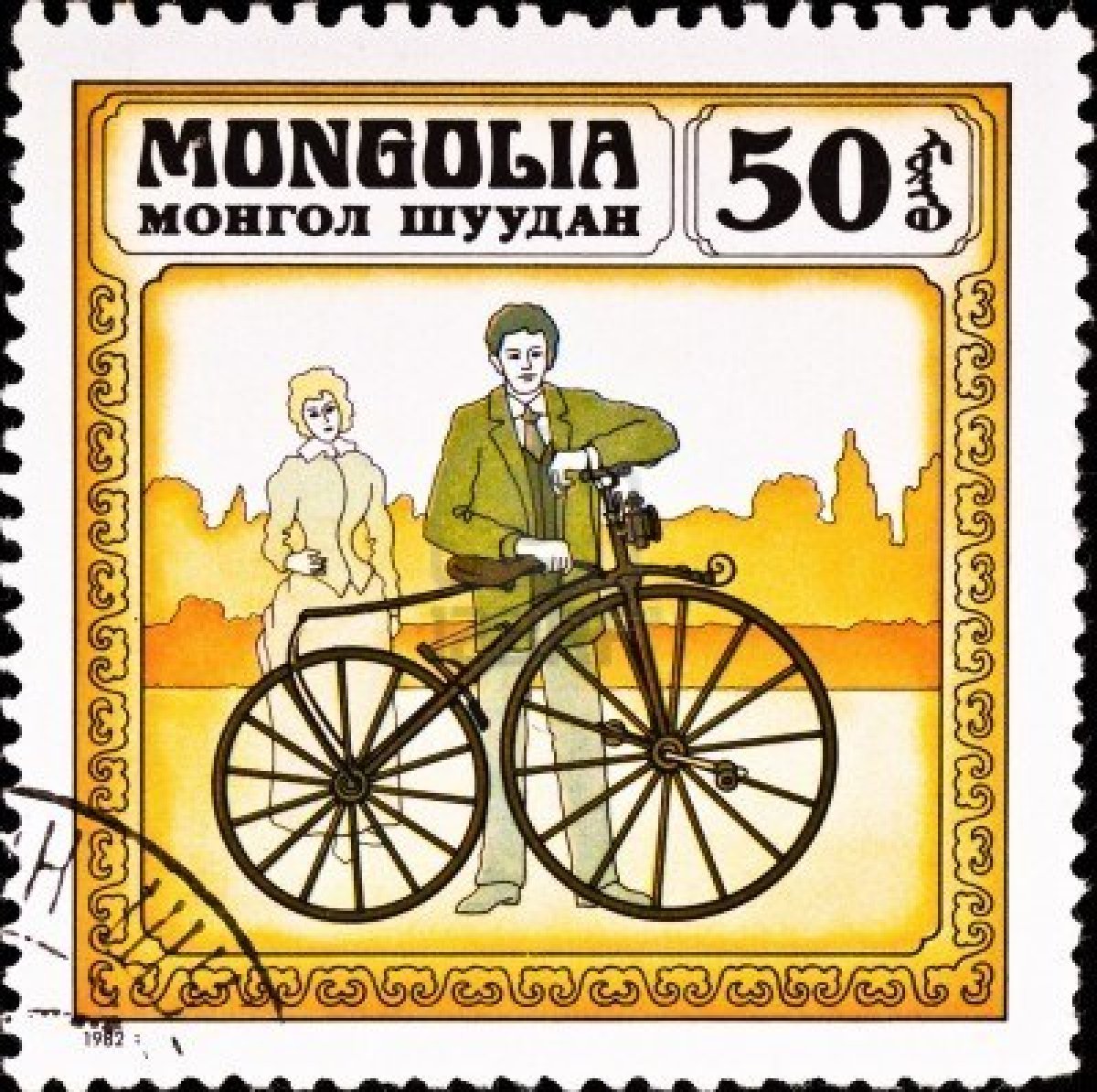 But it’s to be expected that countries with rich cycling histories would feature their favorite two-wheeled pastime on stamps. Here’s a set from Belgium with surcharges. 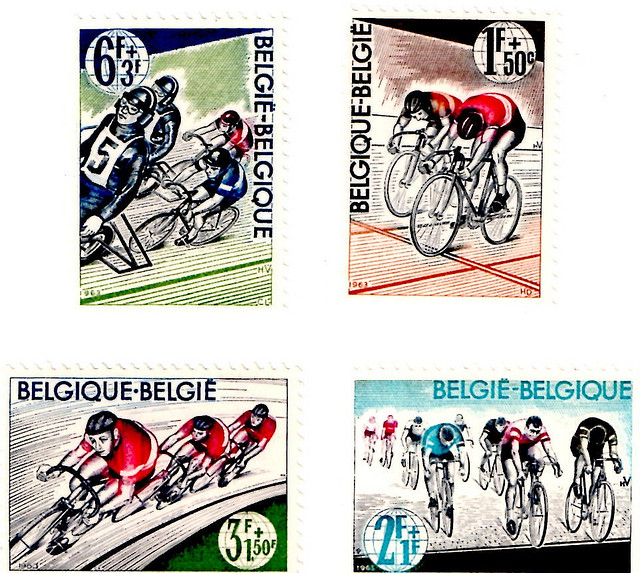 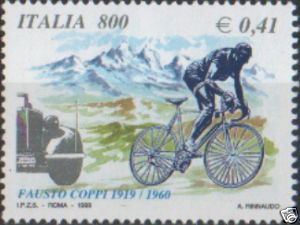 For a deeper look at bikes on stamps, Dan Gindling’s “Bicycle stamps: Bikes and Cycling on the World’s Postage Stamps,” was published in 1997, and is available on Amazon. 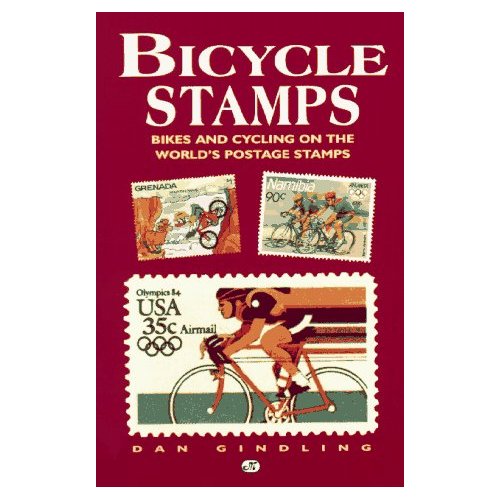 But for me, my favorite bike stamp is one I already have in my collection. It’s a Special Delivery stamp from 1902, that was re-issued through World War I — a blue stamp with a bike messenger. 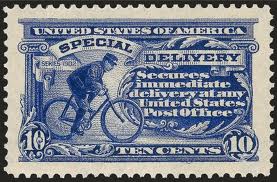 My Northern friends still have some time to go before the weather moderates enough for regular riding. Why not stay in touch with our sport in the meantime, by collecting bicycling stamps.