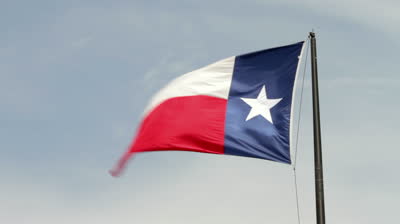 After some beautiful weather earlier this week, a nasty front moved in. The forecast called for a “Wind Advisory,” with winds between 20-30 mph, gusting to 40. That’s some pretty heavy-duty stuff. A lot of folks I see online in our club Yahoo group posted that they were skipping a ride, because of the wind conditions.

But, a few daunting souls decided to give it a go. I shook my head, and gave it a pass.

That is, I did until my wife chimed in, “I want a bike ride today.”

To say I was surprised would be an understatement. She hates riding in the wind. But work-related stress was taking its toll, and getting outside, even for a short ride, would be good for her. I told her I would join her, but wanted to wait until it warmed up just a bit.

Our house is on a curved residential street, and is mostly shielded from strong winds. If we really want to get a feel for it, we have to look at the tops of the trees a couple of blocks over to see how much they’re blowing.

“I have a hunch that we’ll really feel it when we get off this block,” she said. I nodded agreement.

We weren’t disappointed. The wind did smack us, but for the first part of our ride, it smacked us in the back. We zoomed down a small hill to the first stoplight, topping 28 mph without even pedaling.

It wasn’t until we made a right turn another mile up the road that the wind hit us with force — from the side. I hate crosswinds, but this one seemed mostly manageable.

We were only going on a short route this day — about a nine-mile round trip. Usually, when we ride it together, I continue on when she finishes. I wasn’t going to do that this time.

Sure enough, when we made the turnaround halfway out, we got smacked by the wind again. This time, it was quartering head-on. All of a sudden, our ride turned into hard work. The worst part came during one of my favorite stretches. It’s a gentle downhill for about a half-mile. This time, instead of hitting 27 mph as I usually do, I had to shift into the small chain ring and struggle against the strong north wind.

I finally got to the stoplight, and waited for Pat. As I look across the intersection, there were four members of my club, returning from their morning hill ride. We waved at each other, and I wondered how tough it must have been for them on the hills.

“How many times did you nearly get blown off your bike?” I asked Pat, when she caught up to me.

“Three times for me,” I responded.

Back home, we were glad to get the bikes in the shelter of the garage. But the ride had been worth it.

It might have been a tough ride, but as one of the guys on the hill ride said, rides under these conditions just make all the other days easier.