One of the discouraging aspects of last weekend’s metric century was a recurrence of the hot spot in my foot that bothered me in last fall’s Imperial century. It creeps up on me. At first, I don’t notice it. Then suddenly, the ball of my foot is burning. It hurts to pedal.

My usual remedy for hot spot is to stop, take off my shoe, massage my foot, maybe even take off my sock and let the air cool it. I was lucky Saturday. After I gave it that treatment, I didn’t get a hot spot for the rest of the ride.

Other times, like last fall’s century, I haven’t been so blessed. It plagued me for the rest of the ride, and was one of the reasons I rode slower than I had in that ride in the past.

A cursory check of biking online forums (fora?) reveals other cyclists who report much the same symptoms. So now that spring is here and warm weather rides will soon be common, maybe it’s time to talk about hot spots and how to handle them.

The most common advice is to loosen your shoes, move your cleat back — either a little or a lot, depending upon who is giving the advice, and get carbon fiber soles with a wide platform cleat.

In my case, I wear Specialized shoes with carbon soles. My cleats are back as far as they’ll go, and have been for a couple of years. I do keep my shoes fairly loose, because I know from experience that my feet swell up on long rides in warm weather.

But according to cycling coach Fred Matheny, hot spots are a neural problem. The burning sensation is caused by pressure on nerves in the feet, says Matheny. That pressure can eventually cause a neuroma, or swelling of the nerve between two metatarsal bones, as seen in the illustration at right. The coach suggests getting metatarsal buttons. These things are little foam domes that can be attached to insoles just behind the ball of the foot. They cause the metatarsal bones to spread, which keeps the nerves running between them from being pinched by pressure or swelling. You can buy metatarsal buttons in the foot care section of drug stores. Insoles with the buttons already built in are also available.

I’ll have to give them a try. I’m also going to dig around in my dresser drawers and try to find some running shoe insoles that I think I still have.

You might also consider wearing thin cycling-specific socks, and even buying high-end cycling shoes that come in widths. My friend Rick, who doesn’t get hot spots, rubs his feet with Chamois Butt’r before a long ride, and then puts on two pairs of socks — just the opposite of the conventional wisdom.

Guest poster Jeff Hemmel is back in Florida after summer in cool upstate New York — and he finds that reacclimating to hot, humid weather can be tricky.

I like to think I’m in pretty good cycling shape. But today I think I bonked…almost.

In hindsight, I probably should have expected it. Today’s ride was my first since returning home (just last night) to Florida. For the last three days, I’ve been off one kind of saddle and in another – the seat of my car, driving my two young children solo on a nearly 1,500-mile road trip. Sure, we stopped at Hershey for a diversion, but other than that it’s been three days of basically sitting in the car. I ate lousy fast food, indulged in a Mountain Dew every day to keep me awake following a post-lunch desire to take a nap, and drank way too little water. I also slept lousy, one night sharing a bed with my restless young ones while spending the next battling a cantankerous hotel air conditioner.

Then this morning, after just arriving home about 12 hours earlier, I ate a mediocre breakfast, threw on my cycling gear, and expected to knock out a quick 30-miles in the oppressive Florida humidity…after two months in the cooler, lower humidity of the Upstate NY mountains…without a problem.

Stupid? I’m starting to think so. My reasoning, of course, is that I was in really good shape. I’ve been riding steadily for years, and climbing big hills all summer long. A measly 30 miles on flat roads would be easy. But in the end, it wasn’t.

I started out strong. My bike computer’s battery had died, and I think I ended up pushing it a little harder than normal. Then I stumbled across a triathlon wrapping up, and fell in with a guy churning out some post-race miles on his TT bike. When I ultimately turned off to head home, I suddenly found myself battling a strong headwind, with no support in sight, and the beginnings of a weird tingly feeling I’ve rarely, if ever, felt on the bike.

I’ve never bonked, so to be honest, don’t really know the feeling. I recognized something was amiss, however, and tried to react. I downed a couple Clif Shot Blocks, and tried to drink some more of my Gatorade mix. But I never really significantly backed it down, reasoning that I would only if I started to feel dizzy or something. Of course, I was also somewhat vain. Passing me was by now an endless line of triathlon types in their cars heading home. I’m not sure I wanted the indignity of being the guy stopping by the side of the road just because he felt a little heat.

Toward the end I got unexpectedly passed by two triathlon competitors, then sped up to join them at a traffic light. Stopping for a moment, as well as starting a conversation with the pair, seemed to distract me from the weird sensation I was flirting with. When the light turned green I fell in with them and churned the pedals till I got home.

The afternoon, however, has been pretty much of a waste. I’ve got a headache, haven’t accomplished much of anything, and just feel really weird. Another thing? I’m not that thirsty, though I know I’m way behind on my water intake compared to normal.

Obviously, I staved off the bonk on my ride, by how much I’m not sure. But I’m certain I flirted with it, and perhaps continue to do more so as the day wears on.

What about you, any bonk-related close calls? And perhaps more important at this point, any good suggestions for recovery? I’ll read any and all…but first, I’m seriously thinking about taking a nap. 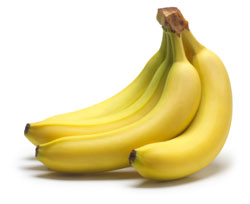